Accommodation is the Key Piece in Translation

Tutorials » Accommodation is the Key Piece in Translation 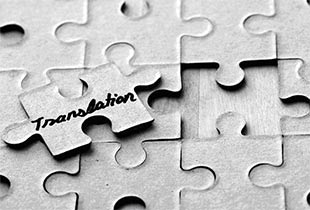 In accommodation-based translation, changes are made so that the target text is congruous with the inherent “spirit” of the original. For a variety of reasons, perhaps the biggest one being cultural, word-for-word translations can actually be much less accurate than if one were to simply translate based on meaning.

As much as translation is a studied “scientific” endeavor, it is also an artistic practice by nature. A translator must incorporate a knowledge of the source and target languages’ culture, politics, aesthetics, and many other factors while deciphering meaning and re-contextualizing it in the target language. That is why this shift into accommodation-based translation is a logical progression.

Many words and phrases in different languages are so tied into the people’s culture, there aren’t always equivalent ways to translate them in other languages. For example, in Indian culture there are unique terms for every possible relation in the family (wife’s mother, wife’s father, husband’s mother, wife’s mother’s sister, etc.), since it is common for people to live with their extended families. In western cultures, this is not the case, so a literal translation would not be possible while still maintaining the original cultural particularities. Likewise, in many Scandinavian countries, there are many different words for ‘snow’, since the geography constitutes adapting the elements into their culture. Translating them all into ‘snow’ in English would fail to capture the same inherent meaning in the original language.

Another aspect of languages that must be accounted for are particular word choices. Builders do not produce a building; authors do not invent a novel. Only through an understanding of each language’s culture and an accommodation of word choices can a translator accurately localize any given text.

Tutorials » Accommodation is the Key Piece in Translation