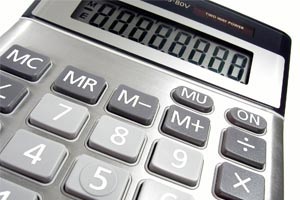 One of the great things about science over other areas of knowledge and study is that questions and problems (and solutions) in science can be proven. There is no room or need for subjectivity, everything must be proven and repeatable.

In an effort to make science more globally accessible, many things—such as formulae, naming conventions, and so on—are kept in a universal format. Using metric units and using Latin for naming species are good examples of this.

This is also beneficial for getting scientific research, papers, and other texts translated, as it means that the translator may be able to use his or her general knowledge of scientific terms and principles when completing a translation for most core concepts, rather than needing a translator specialized in a particular field for each project. However, that doesn't mean that translation for science is totally cut and dry.

Take for example scientific notation. This principle we were all probably taught sometime after the 6th grade; as a referesher, it's a way to abbreviate very large or very small numbers using the product of a number and a power of 10, where the number has one digit to the left of the decimal point and the power of 10 indicating how many places the decimal point was moved. For example:

However! There is still a caveat when translating scientific notation: just because the function itself, the work, and the problem it solves are universally accepted and understood, does not mean that there is not still accompanying data or other information that needs to be properly converted.

For instance, in the examples above, commas were used for digit grouping, and a period used as a decimal separator, both of which are common in many English-speaking countries. However, in many other countries around the world, the marks should be reversed; Germany would write out the first example number as: 670.000.000. And there are still other methods as well. France, for example, does not use any character to separate groups of digits, but uses blank space, like this: 670 000 000. And Switzerland uses apostrophes (or inverted commas), like: 670'000'000.