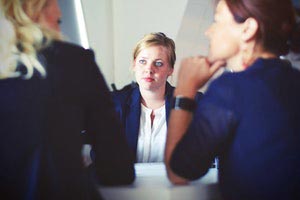 This type of interpretation is the most common form of interpreting, and can be done live and in person or over the telephone. It is most frequently used for less urgent situations such as interviews.

If you still have questions about the differences between the two methods, or if you're ready to schedule an appointment for consecutive interpreting now, contact us today and one of our friendly representatives will be in touch with you as soon as possible!