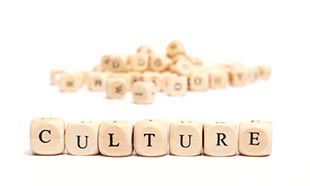 In most languages, there are often words or expressions that cannot routinely be translated accurately into other languages. Usually when this is the case, the words or expressions are deeply connected with that particular language’s culture, and therefore the meaning simply does not apply outside of that environment, leading to an inability to translate it accurately for foreign audiences.

While one might be able to describe the meaning perhaps in a few sentences or so, the true significance is tends to get lost in the shuffle. This is because culture is such a complex concept, with experiences, daily life, history, social structure, religion, customs and so many other aspects woven into it, that most people who haven’t experienced said culture first hand would not be able to appreciate it fully. This makes the job of a translator (especially a literary translator) that much more difficult. The translator does not just want to translate word for word. They are trying to re-create the same nuances of the original story in the target language, while maintaining the inherent meaning of the original cultural words and expressions.

For example, take Indian culture. Most Indians live with their extended families. For this reason, a need to address each relative arose, and there are unique words to refer to each possible relation (wife’s mother, wife’s father, husband’s mother, wife’s mother’s sister, etc.). In western countries, these relationships are not as clearly defined, and instead are referred to as the more ubiquitous, Aunt, Uncle, Mother-in-Law, etc. When translating these terms into a language where the culture is unfamiliar with such relationships, the translation will either lose its descriptiveness or the translation will become so heavily bogged down with literal description, the tone and mood of the writing will become more arduous to read.

Other aspects to consider are things like colors and symbols. In some cultures, colors may mean something completely different than in others. For instance, white may mean purity and black may be symbolic of evil in one country, while it could be the reverse in another. The swastika, for example, has a largely negative association attached to it for western cultures due to the Nazis taking it as their symbol. However, in Buddhism, the swastika is a symbol of good fortune, prosperity, abundance and eternity.

Thorough knowledge of a foreign language, its vocabulary, and grammar is not sufficient to make one competent as a translator. Translators mush also show a deep understanding of one's own culture and be significantly aware of the source-language culture before attempting to translate one to the other. If the reality being recreated is not relatable to the audience, the writing suffers, and the translation quickly becomes difficult to read and the inherent meaning ceases to exist.