Going for Broke: Brazil Splurges on World Cup while the Economy Suffers

Tutorials » Going for Broke: Brazil Splurges on World Cup while the Economy Suffers 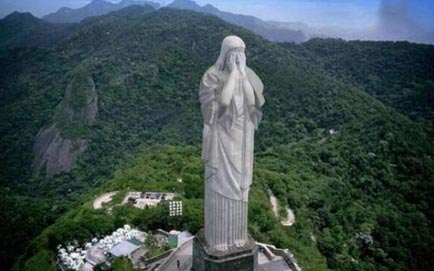 Like many countries, Brazil has a fledgling economy, widespread environmental issues, and piling debt. Thanks in large part to the most recent economic downturn that has affected many countries around the world, Brazil should be concentrating on saving money by limiting the needless expenditures.

However, that didn’t stop Brazil from hosting not one but two world-class sporting events that sapped billions in expenditures from its economy. You can’t help but compare last year’s World Cup to Greece’s Olympic games 10 years ago. With Greece on the edge of financial collapse, it makes you wonder why any country in their right mind would host an Olympic games or World Cup which are both known for doing nothing to help the host’s economy, drain valuable resources, and only serve to benefit the IOC, FIFA and their associated television partners.

While it’s understood that futbol (soccer) is irrevocably linked to Brazil’s culture, and it’s easy to see why Brazil would have the desire to host the World Cup, having not hosted in over 64 years, the truth is that just because you want something, doesn’t mean you should always get it.

In total, Brazil has built $4 billion worth of World Cup soccer stadiums throughout the country. With almost all of them having since been left vacant, with one in particular located in Manaus in the middle of the Amazon rain forest, it’s impossible to justify that kind of expenditure. This is something that the citizens of Brazil themselves feel as well, since during the last World Cup, many citizens rioted and protested the extravagant expenses put forth while more pressing concerns were pushed by the wayside.

So it’s not about money, nor is it about the desires of the citizens. So it begs the question: Why are elected officials, who are supposed to be working for the people, allowed to make such terrible financial decisions? I can’t help but feel that it is because of the personal desires of the few who happen to hold the power to make these things happen, and don’t genuinely care about the affect it has on the rest of the country. But then again, isn’t that politics everywhere?

Tutorials » Going for Broke: Brazil Splurges on World Cup while the Economy Suffers