His Excellency, and Formal Titles from Around the World

Tutorials » His Excellency, and Formal Titles from Around the World 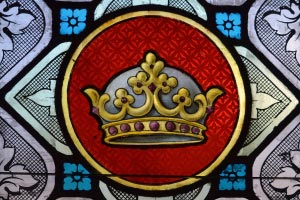 When translating text between two languages, the trickiest things to tackle are always the non-literal elements of speech. Things like idioms, proverbs, and cliches are all famously hard to convey between languages. It might sound perfectly normal to you to tell someone that you're saving up for your "nestegg," but tell it to a non-native English speaker and you might get some puzzled expressions. Likewise, if someone said to you in German, "sich zum Afen machen," (literally "to make an apple of oneself), would you know what they meant?

Some languages, such as Spanish, have entire language patterns for use when referring to someone in this way, such as specialized verb tenses. Spanish, for example, has both a standard third-person tense for communicating with peers, and an honorific one for addressing people with authority or who command some sort of respect.

Special honorific titles, such as His Excellency and Her Majesty, may be hard to translate between languages and cultures for some of the reasons described above. When we hear them in our native tongue, we take their meaning for granted; you've probably heard them so many times you don't need to think about what they really mean, just that they're referring to someone important. But if you did stop to think of the literal meanings, you might be surprised. Take Her Majesty, for instance—as in "majestic," or monumental in beauty! That paints a much more vivid picture in your head, doesn't it?

Here are a few other interesting examples of honorific titles and some of their literal meanings that we often don't stop to think about. We think you'll find them as interesting as we did:

Tutorials » His Excellency, and Formal Titles from Around the World