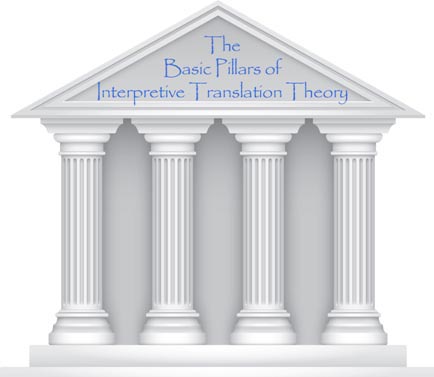 While interpretation and translation date as far back as to whenever the first different language cultures came into contact with one another, the practice of interpretation didn’t really come into its own in terms of theory until about 100 years ago. While the ad hoc practice was tied together with translation in ancient times, it took the negotiation table of the Treaty of Versailles to bring the practice into its own light.

During the negotiations, interpreters relied on the consecutive interpreting method (although there wasn’t really a name for it at the time), where the interpreter would speak only after the speaker finished. Due to the public exposure, interpreting suddenly received more attention on its own, and experiments in different methods and practices began to take place in order to improve quality and efficiency. During the Nuremberg Trials after World War II, simultaneous interpreting, where interpreters speak while the original speaker is talking, made its public debut and has since become the preferred method in a lot of cases.

The basic idea of interpretation is understanding speech in one form and rewording it into a different language so another person who only speaks that different language can understand it. Theoretically, interpretation requires a fluent command of both the source and target languages, and in-depth knowledge of the subject matter at hand, and a mastery of the correct methodology needed to successfully perform the interpretation. Language experts have labeled this as “Interpretive Theory”, which is built upon those four pillars:

The first pillar is the command of one’s native language. It stands to reason that translators and interpreters must be fluent in their mother tongue in all its nuances and subtleties, possessing a strong vocabulary and awareness of proper grammar. Since topics could have a diverse range, it is essential for interpreters to have advanced knowledge in this area so as to be able to speak on anything with authority.

The second pillar, the command of the second language, is a little more difficult to assess precisely. However, it also stands to reason that in order to keep the elements that may get lost in translation to the bare minimum, an almost equal fluency to their native language must be attained. The closed systems: phonological and grammatical, have to be mastered, while the limitless range of lexical items is subject to a lifelong and open-ended learning process.

The same is true for the third pillar, where relevant world and background knowledge (in both languages) is needed in order to properly gauge context, utilize proper word choices, and speak knowledgeably on the topic that is being interpreted. This requires a continuous engagement in ancillary subjects and news stories in order to stay up to date on both cultures.

The fourth pillar is methodology. In this regard, methodology involves the process of translating which requires an understanding of sense (language meaning + cognitive complements). Cognitive complements are Verbal, situational, cognitive contexts and knowledge of the world that come into play quite naturally during speaking. In everyday conversation, when overhearing strangers speaking to each other, we realize we do not understand them, even though we understand all the words they say. Imagine hearing “I told him so again and again.” We would not know who ‘him’ is or what ‘so’ represents. We understand the language, not the speaker’s utterance. These aspects consequently point to information that does not belong to language knowledge, but to background knowledge. Thus, background knowledge, just as language, plays a role in the comprehension of speech.

There are of course other aspects such as verbal context, situational context, etc. that play a role in comprehension of language, but these are finer details that would be situated under the fourth pillar.