Some Difficult Concepts When Translating into English

Tutorials » Some Difficult Concepts When Translating into English 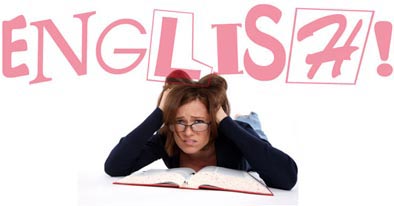 If you ask any translator or English language learner, they will tell you that English is one of the hardest languages to learn. Even for speakers that are native in other Germanic languages, English can sometimes be quite confusing to get exactly right. It’s also true for many native English speakers as well!

This is due in large part to so many awkward rules, exceptions to those rules, and language structures that can often times make no logical sense.

For instance, if someone were to say “the red, big ball,” it sounds wrong to native English speakers. “The big, red ball” sounds much more natural, but to a foreign language speaker, it can be hard to explain why. Generally when arranging adjectives in a sentence, the correct order is: Quantity, Opinion, Size, Age, Shape, Color, Origin, Material, Purpose. Chances are, this was ingrained in native English speakers long ago. However, if you asked most people, they would not be able to recall the order outright. It’s one of those things that after hearing it a certain way all their lives, a deviation from that order sounds “awkward”, so they instinctively know to order it correctly (more or less). However, for non-English language speakers, there is no “awkward” sounding order, so unless they are able to commit the order list to memory, they are going to come off sounding less than fluent.

It’s the innocuous, but just as important things like this that can separate a good English translator from a great one.

Likewise, many English prepositions can be quite difficult for ESL learners and translators to get just right. Usually these consist of abstract relationships that can be difficult to put into a set of rules. For instance, consider the subtleties between the following phrases:

Among friends, between friends, with friends, about friends, around friends.

While all of them constitute an interaction of friends, each one has its own subtle relationship that can be hard to pinpoint and explain. For someone studying English, the only way they’re going to know which preposition to use would be to commit each one’s meaning to memory.

Now let’s take a look at some commonly confused issues that actually do have rules:

Many people often have trouble with knowing when to use Whom correctly. So much so that people will just forego the word altogether and use Who in all instances, pushing delegating Whom to the Shakespeare-speech zone (a term I made up, but I think people can relate).

Many people get confused when to use That or Which in a sentence.

The necklace that she made was stolen.

The necklace which she made was stolen.

It can be difficult for some to know which version is correct, because neither one inherently sounds awkward. But there is a right and wrong way to use That and Which.

Restrictive clauses limit the possible meaning of the preceding subject. They provide essential information, which if taken out, would change the meaning of the sentence.

So if we were to take out “that she made” from the previous sentence, it would read:

The necklace was stolen.

This leaves out a very emphatic part of the sentence, leaving the readers with the idea that just an arbitrary necklace was stolen. Since this would be a restrictive clause, That should be used in this instance.

So now you’re probably asking, “When do you use Which in a sentence?”

Nonrestrictive clauses tell you something about the preceding subject, but they do not limit, or restrict, the meaning of that subject. They typically contain optional information that isn't entirely necessary.

The stolen necklace, which happens to be blue, was made by hand.

In this example, if you took out the nonrestrictive clause, you would be left with:

The stolen necklace was made by hand.

While these examples only break the surface of English’s confusing grammar rules, after reading this you are one step closer to being a more fluent English learner/translator. Provided you remember it, of course.

Tutorials » Some Difficult Concepts When Translating into English