What Do You Mean Language is Ambiguous?

Tutorials » What Do You Mean Language is Ambiguous? 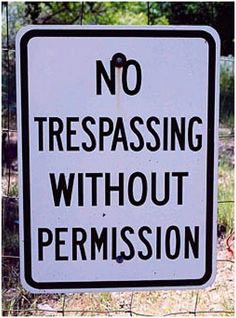 Ambiguity has long since been a component of language, whether for better or for worse. We have struggled to communicate ever since the dawn of Man, and it is still something we struggle with to this day.

Shakespeare immortalized this struggle (mostly with comedic effect) in many of his plays, illustrating the point that while this struggle is a hindrance a lot of the times, it also makes us who we are. In fact, communication would be incredibly boring without that ambiguity, and we even use it to our advantage in many ways.

So let’s take a look at some of the different aspects of ambiguity common to the English language.

Polysemy (or polysemia) is a compound noun for a basic linguistic feature. The name comes from Greek poly (many) and semy (to do with meaning, as in semantics). Polysemy is also called radiation or multiplication. This happens when a word acquires a wider range of meanings. For example, “text” originally referred the words itself, and now it refers to the physical action of creating text, and sending it to your BFF.

Denotation: This is the central meaning of a word, as far as it can be described in a dictionary. It is therefore sometimes known as the cognitive or referential meaning. It is possible to think of lexical items that have a more or less fixed denotation (“sun,” denoting the nearest star) but this is rare. Most are subject to change over time. The denotation of “silly” today is not what it was in the 16th century. (3) At that time the word meant “happy” or “innocent.”

Connotation: Connotation refers to the psychological or cultural aspects; the personal or emotional associations aroused by words. When these associations are wide-spread and become established by common usage, a new denotation is recorded in dictionaries. A possible example of such a change is the word vicious. Originally derived from vice, it meant “extremely wicked.” In modern British usage, however, it is commonly used to mean “fierce,” as in the brown rat is a vicious animal. (3)

Implication: What the speech intends to mean but does not communicate directly. The listener can deduce or infer the intended meaning from what has been uttered. Example from David Chrystal:

These are only a few of the language figures or “tropes,” providing concepts useful to understanding ambiguity in language.

Metaphor: This refers to the non-literal meaning of a word, a clause or sentence. Metaphors are very common; in fact all abstract vocabulary is metaphorical. A metaphor compares things. (Examples: “blanket of stars”; “out of the blue”)

A metaphor established by usage and convention becomes a symbol. Thus crown suggests the power of the state, press = the print news media and chair = the control (or controller) of a meeting. (3)

Metonym: A word used in place of another word or expression to convey the same meaning. (Example: the use of brass to refer to military officers) (1)

Allegory: The expression by means of symbolic fictional figures and actions of truths or generalizations about human existence; an instance (as in a story or painting) of such expression. (2) “Moby Dick” by Herman Melville is a clear example of allegory; where the great white whale is more than a very large, aquatic mammal; it becomes a symbol for eternity, evil, dread, mortality, and even death, something so great and powerful that we humans cannot even agree on what it might mean.

Homonym: When different words are pronounced, and possibly spelled, the same way (examples: to, too, two; or bat the animal, bat the stick, and bat as in the bat the eyelashes) (1)

Homophone: Where the pronunciation is the same (or close, allowing for such phonological variation as comes from accent) but standard spelling differs, as in flew (from fly), flu (“influenza”) and flue (of a chimney).

Homograph: When different words are spelled identically, and possibly pronounced the same (examples: lead the metal and lead, what leaders do) (1)

“I do not love you except because I love you;
“I go from loving to not loving you,
“From waiting to not waiting for you
“My heart moves from cold to fire.”

Tutorials » What Do You Mean Language is Ambiguous?