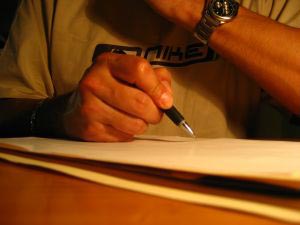 1. Freelance translators charge whatever they want

Although it's true that a freelance translator could charge any rate they saw fit, that's no guarantee that their services are necessarily worth that, or that anyone will hire them at that price. Rates for translation are typically calculated per-word and are highly competitive—languages such as Spanish, French, Chinese, and Arabic, are in demand, and there are many translators competing against one another for the same projects. Typically, languages such as these will demand a much lower rate per word versus a more rarely-spoken language such as Afrikaans or Yiddish. Additionally, other factors come into play when determining price, such as the project's requirements, whether a specialization is required (such as a knowledge of medical or technical terminology), and other factors. More often than not, it is almost anyone but the translator that sets this rate!

Although its true to some degree that professional translators can decide the scope and number of projects that they take on, that doesn't mean that translation isn't a time-consuming process.

Finally, one last element to consider is the fact that a freelance translator may live on the opposite side of the world from their client, and if their client has particular office hours during which they are available to answer questions and send or receive documents, this can greatly affect how long it takes for a translation to be completed.

3. Anyone who speaks two languages can be a translator

Translation is more than just knowing two languages. Proper grammar and spelling is also very important. Clients won't accept poorly-written translations, particularly when the text being translated is being used for professional, business communication, advertisements, or other important fields where the text will be highly scrutinized.

Additionally, not every translator is right for every job. Some projects, such as translations for employee handbooks, medical texts, employee manuals, or legal documents, can only be translated by translators who have a background in these fields.