Turkish Literature and Translation of the State

Tutorials » Turkish Literature and Translation of the State 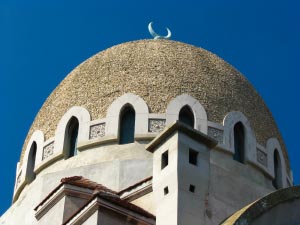 Turkish literature has an interesting history, and one which many translators may find just as relevant today in regards to their place in history and the value of their profession.

Before Turkey became an independent state in the early 20th century it was part of the Ottoman Empire. What would become the "Turkish Literature" studied today was part of two separate traditions in the empire: a written tradition, with all of the expected texts of classical literature; and an oral one, made of epic poems and folktales.

When the Ottoman Empire fell, and Turkey became an independent state, the government made a decision to quickly unify its people and modernize. To accomplish this, they combined the stories of the peoples within their borders, some of which were Greek, others Arabic, and still others nomadic peoples, and everyone else in between. Realizing the value of a shared identity, they completely revamped their school system and incorporated these all of these texts into the curriculum. Additionally, a program of translating classical Greek literature into Turkish was devised in order to Westernize and assimilate into the world of twentieth-century Europe.

A government Bureau of Translation was created in order to expedite this. With the betterment of all its people in mind, in an effort to spread worldly education throughout Turkey, the agency translated all kinds of texts, collaborated with libraries, and even distributed books free of charge to students.

As a result of the value the Turkish government placed on translation, Turkey flourished and entered into a golden age by the mid-twentieth century—truly a remarkable feat for a new nation of peoples previously having no unified background, and which only earned its independence a few decades prior!

Tutorials » Turkish Literature and Translation of the State