Is Google Translate safe? Using Tor to protect your privacy when translating online.

"Is Google Translate safe? Using Tor to protect your privacy when translating online." posted on 12/22/2017 at 12:26 PM by Andrew Sylvester. 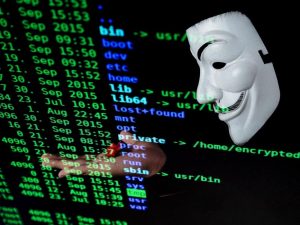 Is your information safe?

Twenty years ago, we took what we did online seriously. It was an unspoken rule to never reveal your real name or location online, and entering a credit card number into a third-party website was virtually unheard of. We were wary of who was out there and what they were going to do with our personal information, and with good cause.

Today, we have an entire generation of adults who have grown up never knowing a world without the internet. Security is taken for granted and at face value. Everything from shopping to socializing—even around the world, thanks to services like Google Translate—are now handled almost exclusively for some people over the internet.

However, as the spate of recent data breaches even at major corporations and financial institutions has shown—places we expect there to be high, round-the-clock security protecting all of our most sensitive data—it’s hard to trust anyone with our data anymore. While web giants like Google have been pushing to force all web traffic from the insecure HTTP protocol to the encrypted HTTPS protocol, it’s still just a small step to be overcome by those that would do us (or our reputation) harm.

The newest “disruption” in the cat-and-mouse game of internet security and anonymity comes from the underground, a grassroots campaign by and for anonymous citizens. Tor, the “deep web” browser, has something of a negative perception amongst the public due to (unwarranted) association with the illegal trafficking site “silk road” and other parts of he so-called “dark web.” However, the simple reality is that Tor is simply a tool; much like a car or a gun, it can be used for good or bad, it’s just a matter of who’s using it.

In essence, Tor is a web browser that reroutes traffic through a “free, worldwide, volunteer overlay network consisting of more than seven thousand relays” that help conceal users’ identifying details from network surveillance.

So even for simple tasks like translation—something many of us wouldn’t even expect to have security risks—Tor can help protect our identities. The simple fact is, Google can and does record everything you do. Whether you’ve explicitly given it permission by accessing Google Translate while signed in to your Gmail account, or even using an “anonymous” (but individual) ID number when logged out or using a private browser window, Google will take any information you enter (whether you submit the form or not) and can store it in their database indefinitely. Accessing their website through Tor rather than Chrome, Firefox, or Internet explorer prevents them from accessing virtually any identifying details: no IP address, no internet service provider, no location information.

For an extra layer of security, sites like Deep Translator, which don’t require javascript to be enabled (which can be used to exploit some of Tor’s security features and reveal some identifying data) and having no direct affiliation with major data warehouses like Google, may be used for simple machine translation services.

Remember: you have options. Your personal security is in your hands!

How to translate your online Shopify store