The Ultimate Guide to Interpreting 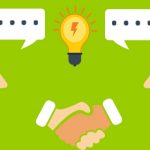 Before going any further, let’s define what interpreting is and how it is different to translation. Strictly said, interpreting is an activity of linguistic mediation and facilitation of communication between two parties which do not speak the same language and most importantly, they do not know the other party’s language. In this case, they need a connector who speaks both languages so he or she can render messages of one party to the other one. Of course, this mediating person knows customs of both cultures and protocols, especially if the event requiring interpreting involves diplomacy. Being performed by speaking, this way of conveying concepts from a source language to the target language, is referred to as interpreting, while translation service is being done in written forms. However, interpreting is done almost immediately after the speaker’s finishing segment, or a line. So, the main difference between interpreting and translation is the speaking and written form, as well as the time the message is required to be delivered in the target language. 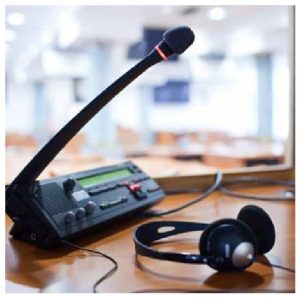 Within the last few decades, the language business has been immensely growing due to the fact that many business are being held internationally, which lead to multiplying the linguistic services over the globe. We are the living witnesses of the times of constant commercial, business, cultural, academic and various kinds of exchange between nations. To make this ongoing process possible, let alone successful, translators, interpreters, and localization professionals play a key role in all industries, in all countries, and at all scales. Somehow surprisingly, interpreting is both a vital and an overlooked discipline. On the first hearing the word itself, many of us may think of interpreting as an extension of translation, but not only is it different, as simplified above, it is actually a very complex requiring an separate and in-depth approach.

Unlike simultaneous interpreting, consecutive interpreting requires the speaker to stop every 1–5 minutes, so the interpreter can take over and convey the already spoken message into the target language. The pause usually occurs at the end of every “paragraph” or complete thought.

It may be used for smaller business meetings or in court on the witness stand. Another feature different to simultaneous interpreting is note-taking, which is necessary due to few people’s ability to memorize a full paragraph in one hearing without loss of a single detail.

In some cases, escort/travel interpreters may also be referred to as an assistant, helping clients to be able to navigate during their business trips. Not only during the journey, but these interpreters usually accompany clients to a meeting or a few of them as well. More than being a sole interpreter, they often have a role of a cultural liaison, who is responsible for a range of activities－from ordering food and go shopping after a successfully arranged business, to closing profitable business deals.

Scheduled telephone interpreting (also called OPI or Over-the-Phone Interpretation) is either simultaneous or consecutive. It is performed during an established appointment where the interpreter does not see both parties in person, but conducts the interpreting over the telephone.

On-Demand Phone Interpreting serves for individuals or organizations that need to communicate across language barriers immediately. It is performed when a party calls a service, selects the required language pair and is connected to an interpreter. The interpreter then comes on the line and interprets the conversation. Usually, on-Demand Phone Interpreting is requested by customer service call centers, and by companies, organizations, pharmacies, medical and legal institutions who interact with the limited English proficiency population.

The Importance of Interpreting Services

A great interpreter does not draw attention to themselves and it could be said that a good one is almost invisible to the public. These service providers work as a link between a speaker and a receptor without raising alarms, conveying each message flawlessly, rendering message’s meaning, as well as tone, and intention.

Furthermore, interpreters are precious to closing business deals since they ensure and facilitate negotiations between international companies. When it comes to the entertainment industry, interpreters make it possible for audiences across the globe to enjoy foreign events. Those who are involved in diplomacy interpreting, they play an essential role in maintaining strong and productive relations between nations and international organizations. On the other side, medical interpreters, enable foreign patients to get the quality care they deserve. And, this is just a drop in the sea of possible roles interpreters can assume.

Can Anyone Be Interpreter?

If you happen to be in the hospital, with no serious condition whatsoever, you may be at hand for an admitted person who is not fluent in English, but needs a medical care. For example, it may occur that a group of distressed nurses and doctors rush in with a patient who seems to be very ill. Having been taken in for examination, you hear a voice of a nurse asking if anyone in the room speaks the patient’s language which is Spanish, coincidentally. A thought of how successful you used to be in Spanish at school and how natural you sounded, almost as if you were born and raised in Spanish speaking communities, crosses your mind. And you raise your hand willing to help the poor man.

A person who is a bilingual in the needed languages is welcome to apply in urgent situations and in case there is no one more skillful at hand. A person who is not formally trained to be an interpreter but is asked to interpret in an emergency, there, on the spot, is referred to as an ad-hoc interpreter. Since a mistranslation can lead to a misdiagnosis and wrong treatment, and eventually to serious health consequences and even death, this kind of interpreting does not have a good reputation in the medical community. Regardless of a person’s language speaking level, knowledge, what can be dangerous and even lethal here is lacking of an in-depth knowledge of medical terminology and how to best translate it. While an ad-hoc interpreter can be of some help, this is not the best option and Limited English Patients have the right to expert linguistic assistance.

The History of Interpreting Services

Interpreting can be regarded as the cultural and commercial exchange between communities, since relevant historical records are quite limited.

As written translations stay, the written word is easier to keep than the spoken word. And, since recording technology is fairly recent, most of the interpreting work that has ever been done, faded away soon after serving its purpose.

When it comes to the role of an interpreter, it has always been seen as an auxiliary one, whereas the interpreter is regarded to as an invisible mediator between two parties. However, the most important event for the birth of modern interpreting is the Nuremberg Trials, in 1945, right after the World War II.

Before that significant year, all interpreting was consecutive. Not being good enough for the Internationally Military Tribunal, simultaneous interpreting was introduced into practice by an institution created after World War II with the purpose of executing “fair and expeditious trials” of accused Nazi war criminals. Taking into account the enormous amount of evidence and testimonies in different languages, both accuracy and expeditiousness were goals that would be hard to meet without a custom interpreting solution. An interpreting system created and established by IBM and the United Nations which enabled each interpreter to sit by the relevant party, conveying their words into another language as they spoke, represented the dawn of simultaneous interpreting.

The Future of Interpreting

The progress in communication technology has largely contribute in making interpreting solutions more accessible and cost-efficient.

Even though over-the-phone interpreting stands for the possibility of reaching an interpreter of almost any language pair instantly, a better solution is created like Virtual Interpreting Technology. This is the name referring to platforms that connect users with pre-vetted, highly trained interpreters through a comfortable and accessible User’s Interface or UI. According to some, it is the contemporary equivalent of over the phone interpreting which is going to rely on technology more and more as we dive deeper into the future.

Dealing with Time Zones When Interpreting