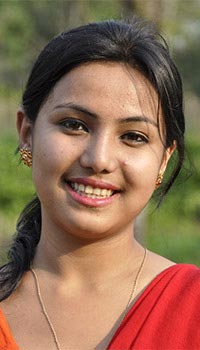 Our translation team consists of many expert and experienced Assamese translators. Each translator specializes in a different field such as legal, financial, medical, and more.

We have excellent Assamese software engineers and quality assurance editors who can localize any software product or website. We can professionally translate any Assamese website, no matter if it is a static HTML website or an advanced Java/PHP/Perl driven website. In the age of globalization, you definitely would want to localize your website into the Assamese language! It is a highly cost-effective investment and an easy way to expand your business!

We also offer services for Assamese interpretation, voice-overs, transcriptions, and multilingual search engine optimization. No matter what your Assamese translation needs are, Translation Services USA can provide for them.

Assamese (অসমীয়া) or Asamiya is the language spoken by the natives of the state of Assam in northeast India. It is also the official language of Assam. It is also spoken in parts of Arunachal Pradesh and other norteast Indian states. Small pockets of Assamese speakers can be found in Bhutan and Bangladesh. Immigrants from Assam have carried the language with them to other parts of the world. The eastern most of Indo-European languages, it is spoken by over 20 million people.

The language descends from classical Sanskrit via the eastern branch of Prakrit. Assamese, along with Oriya and Bengali, is believed to have developed from Magahi apabhramsa . Written records relating to Assamese language can be traced to 6th/7th century AD when Kamarupa (the ancient name of Assam) was ruled by the Varman dynasty. Since then over the passage of the centuries it has been influenced by the languages and dialects of tribes that migrated from south eastern parts of Asia. Among these, primarily it was the Ahom tribe, that ruled Assam for over 600 years until 1824 AD. It is from the word Ahom that the Assamese or Axomiya language derives its name. Other big tribes like the Boro's and the Kachari's have also lended charm to the language.

The Assamese script derives its ancestry to Nagari, an earlier form of Devanagari script which is used in India's national language Hindi. The script is very similar to Bengali script with some minor differences. The spellings in Assamese are not necessarily phonetic. Hemkox, the first Assamese dictionary introduced spellings based on Sanskrit which are now the standard.

Assamese phonetics has two distinguishing features vis-a-vis the other Indic languages of the Indo-European family. The absence of the retroflex sound and the presence of the voiceless velar fricative. As an example of the second, some Assamese prefer Axomiya to Asomiya while writing the name of their language.

The history of the Assamese language may be broadly divided into three periods:

This period may again be split into (a) Pre–Vaishnavite and (b) Vaishnative sub- periods. The earliest known Assamese writer is Hema Saraswati, who wrote a small poem "Prahrada Charita". In the time of the king Indranarayana of Kamatapur, the son of Durlabhanarayana, the two poets Harihara Vipra and Kaviratna Saraswati composed Asvamedha Parva and Jayadratha Vadha respectively. Another poet named Rudra Kandali translated 'Drona Parva' into Assamese. But the most well-known poet of the Pre-Vaishnavite sub period is Madhava Kandali, who rendered the entire Ramayana into Assamese verse under the patronage of Mahamanikya, a kachari king of Jayantapura. Sankara Deva, the great Vaishnavite reformer in Assam, born in 1449 AD composed religious songs and drama. In his compositions there is a large admixture of what is popularly known as Braja-Bali idioms.

This is a period of the prose chronicles of the Ahom court. The Ahoms had brought with them an instinct for historical writings. In the Ahom court, historical chronicles were at first composed in their original Tibeto-Chinese language, but when the Ahom rulers adopted Assamese as the court language, historical chronicles began to be written in Assamese. From the beginning of the seventeenth century onwards, court chronicles were written in large numbers. These chronicles or buranjis, as they were called by the Ahoms, broke away from the style of the religious writers. The language is essentially modern except for slight alterations in grammar and spelling.

The modern Assamese period began with the publication of the Bible in Assamese prose by the American Baptist Missionaries in 1819 AD. The currently prevalent Standard Asamiya has its roots in the Sibsagar dialect of Eastern Assam. As mentioned in Bani Kanta Kakati's "Assamese, its Formation and Development" (1941, Published by Sree Khagendra Narayan Dutta Baruah, LBS Publications, G.N. Bordoloi Road, Gauhati-1, Assam, India) – " The Missionaries made Sibsagar in Eastern Assam the centre of their activities and used the dialect of Sibsagar for their literary purposes". The American Baptist Missionaries were the first to use this dialect in translating the Bible in 1813 AD. These Missionaries established the first printing press in Sibsagar in 1836 AD and started using the local Asamiya dialect for writing purposes. In 1846 AD, they started a monthly periodical called Arunodaya, and in 1848 AD, N. Brown published the first book on Assamese Grammar. The Missionaries published the first Assamese-English Dictionary compiled by M. Bronson in 1867 AD. The Sibsagar Asamiya dialect came to be formally recognized as the Standard Asamiya dialect when it was made the official language of the state by the Britishers . It was introduced in the schools, courts and Government offices in 1872. This Standard was accepted by all other Asamiya dialects as the standard norm, and was used for all formal occasions– in writing, in the classroom, in meetings, in the courts and offices and for inter–dialect communication also.

The modern Assamese literature has been enriched by the works of greats like Laxminath Bezbarua, Jyoti Prasad Agarwalla, Hem Barua...... In 1917 the Asom Shaitya Sabha was formed a guardian of the Assamese society and the forum for the development of Assamese language and literature.

The word Assamese is an English one, built on the same principle as Cingalese, Canarese, etc. It is based on the English word Assam by which the tract consisting of the Brahmaputra valley is known. But the people themselves call their state Asam and their language Asamiya.