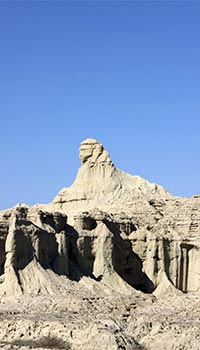 Our translation team consists of many expert and experienced Balochi translators. Each translator specializes in a different field such as legal, financial, medical, and more.

We have excellent Balochi software engineers and quality assurance editors who can localize any software product or website. We can professionally translate any Balochi website, no matter if it is a static HTML website or an advanced Java/PHP/Perl driven website. In the age of globalization, you definitely would want to localize your website into the Balochi language! It is a highly cost-effective investment and an easy way to expand your business!

We also offer services for Balochi interpretation, voice-overs, transcriptions, and multilingual search engine optimization. No matter what your Balochi translation needs are, Translation Services USA can provide for them.

The eastern Balochi dialect is spoken from Karachi northwards up to Dera Ismail Khan and to the Suleman Mountains, including the Marri Bugti areas. And amongst the Baloch of Sindh, Derajat and Punjab, and the north west frontier province of Pakistan. This dialect has borrowed several Sindhi (including Saraiki) and Pashto words and has also contributed to the vocabulary of the said languages.

The western Balochi dialect is spoken between Karachi (Pakistan) and Kerman (Iran), among the Baloch of Turkmenistan, the Sultanate of Oman, the Khorasan province of Iran and Sistan (Iran-Afghanistan). The dialect has borrowed several words from neighboring languages such as Turkmen, Persian, Pustho and Arabic.

Balochi has a different historical background and has no affinity with any Indian language. The memorandum of independent Khanate of Balochistan submitted by M. A. Jinnnah to the cabinet mission in 1946 declares: On the point of view of language, there is very little affinity between India and Kalat. The Balochi language belongs to the Iranian branch of the Indo-European family.

The Brahui language was said in the same memorandum, to be a Dravidian language having no affinity with any Indian language except the Gond dialects in central India. Discussing the relation of the Balochi language with Persian or Pashto (the national language of Iran and Afghanistan), Harrison writes: 'Balochi is a distinct language and is closely related only to one of the members of Iranian language, Kurdish, but it retains striking peculiarities of its own.'

The Balochi language originated in a lost language, related to those of the Parthian and Median civilizations. It is classified as a branch of the Iranian group of the Indo-European language family like Kurdish, Persian, Pashto, and Ossetic. Historically, Balochi was believed to have originated between 200 B.C.E. and 700 C.E. J. Elfenbein, a scholar of Balochi, compared Balochi with Parthian and Persian of middle stage and concluded that: ? ancestor of Balochi was neither Parthian nor middle Persian but a lost language, which, sharing a number of characteristic features with either, and some with both, had pronounced (characteristics) of its own.

Referring to the affinity of Balochi language with Kurdish, having an ancient Medean background, this author has stressed that Balochi has its own unique features. The same view presented by L. Dames in his book Baloch Race, in which author reported that Balochi resembles the Zand or old Bactrian rather than old Persian. This special position of the Balochi language, having no real affinity with the Indian subcontinent and being a distinctive language along the Iranian group of Indo-European language family, has strengthened the consciousness of the Baloch people in their demand for the right of self-determination.

Before the 19th century Balochi was a unwritten language, used in conversation in the Baloch courts. The official written language was Persian, as in India and central Asian kingdoms. It was British linguists and political historians who introduced Balochi in a written form with Roman script. In the late 19th century and later, the Baloch scholars who were influenced either by their geographical or historical environments or by their political thoughts, adopted Nasta'liq (Persian script) and Naskh (Arabic script). The Naskh script became popular among the Baloch scholar, intellectual, and journalists. A smaller group of Baloch linguists and scholars favoured the Roman script, but they didn't have a popular and powerful voice until 1948.