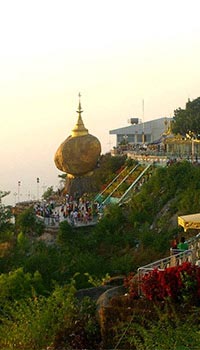 Our translation team consists of many expert and experienced Burmese translators. Each translator specializes in a different field such as legal, financial, medical, and more.

We have excellent Burmese software engineers and quality assurance editors who can localize any software product or website. We can professionally translate any Burmese website, no matter if it is a static HTML website or an advanced Java/PHP/Perl driven website. In the age of globalization, you definitely would want to localize your website into the Burmese language! It is a highly cost-effective investment and an easy way to expand your business!

We also offer services for Burmese interpretation, voice-overs, transcriptions, and multilingual search engine optimization. No matter what your Burmese translation needs are, Translation Services USA can provide for them.

The Burmese language (bha ma sa in Burmese) is one of the two official languages in Myanmar. Burmese is part of the Sino-Tibetan family of languages, in the sub family of Tibeto-Burman languages. It is spoken by approximately 22 million as a first language, and is spoken by many minorities such as the Chinese, Indian, Karen, Mon, and Shan. It is written in the Burmese script, a rather circular looking member of the Brahmic family. The ISO 639 code for Burmese is 'my'.

Burmese is spoken as a minority language in Thailand, Bangladesh, Malaysia, the United States, United Kingdom, and Singapore.

Burmese is a tonal language, with three main tones (low, high, creaky). There are also two sub-tones, which are stopped and reduced. For example, ‘cha’ is used in different tones. It can mean tiger, to hear, to drop, or a long length of time. Although there are some dialects in the Burmese language, there is mutual intelligibility. The standard form of speaking is found in Yangon. There are two main forms of Burmese speaking, one is for reading written Burmese works and is formal, while the other form is usually for communication from one person to another. The informal form of Burmese is divided into two main forms. One form is when speaking to people of a higher status or is elder. The pronouns used usually indicate which person is older. For example, a younger person would say “cha-nuo” or cha-ma” depending on whether they are male or female. The second form is used for speaking to people younger, where the pronouns “ngha” or “wa” are used. Many words are derived from Pali, the ancient Indo-Aryan language that is used in Buddhist texts. Many Burmese Buddhists can chant in Pali.

Written Burmese is derived from the Mon script, and is part of the Brahmic family. The characters are rounded, because of the fact that words were written on palm leaves, and round letters were easier to write. The Burmese call the written language “ka-lounh”, or round alphabet. Tones are indicated through “accents” on the top or bottom of letters. There are thirty-four consonants and twenty-one vowels in the Burmese alphabet. There are no spaces between words in written Burmese, and the end of a sentence is denoted by a || . Burmese can be written in many different ways, such as the cursive, fast-hand, cartoon, or standard ways.

There is no standard or official system of romanizing Burmese. Usually, romanization is written in English by the Burmese pronunciation, although the tones are lost in the process. During British Occupation in the 1800's, many Burmese words were transliterated by the British. Burma, Rangoon, Bassein, Pegu, Irrawaddy were romanizations which today have become respectively: Myanma(r), Yangon, Pathein, Bago, and Ayeyawaddy.

Burmese grammar differs from Chinese or English grammar. The simple sentence order is: subject-object-verb. Sentence structure determines the correct grammar of a sentence, and verbs are not conjugated as in French. For example the verb ‘to eat’ is sa, and remains the same.