Recent News: How to Translate a Word Document 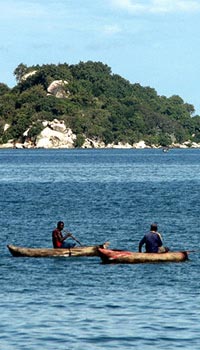 Our translation team consists of many expert and experienced Chewa translators. Each translator specializes in a different field such as legal, financial, medical, and more.

We have excellent Chewa software engineers and quality assurance editors who can localize any software product or website. We can professionally translate any Chewa website, no matter if it is a static HTML website or an advanced Java/PHP/Perl driven website. In the age of globalization, you definitely would want to localize your website into the Chewa language! It is a highly cost-effective investment and an easy way to expand your business!

We also offer services for Chewa interpretation, voice-overs, transcriptions, and multilingual search engine optimization. No matter what your Chewa translation needs are, Translation Services USA can provide for them.

Chichewa (Chicheŵa in Malawian English, also known as Cinyanja) is a language of the Bantu language family widely spoken in south-central Africa. The prefix chi-, also spelled ci-, means "language", and hence the language is also known simply as Chewa or Nyanja. Chingoni (Ngoni) and Chikunda (Kunda) are mutually intelligible dialects of the language.

Chichewa is one of the two official national languages of the Republic of Malawi, the other being English, and as Cinyanja is one of the seven official tribal languages of Zambia, where it is spoken mostly in the Eastern Province. It is also spoken in Mozambique, especially in the provinces of Tete and Niassa, as well as in Zimbabwe where, according to some estimates, it ranks as the third most widely used local language, after Shona and Ndebele. The countries of Malawi, Zambia, and Mozambique constitute the central location of Chichewa.

Both the Holy Bible and the Holy Quran have been translated into the Chichewa language.

Chichewa has its origin in the Maravi Empire, which dominated most of present day Malawi and part of Mozambique and Zambia from the 15th century to the 18th century. The language remained dominant despite the breakup of the empire and the Angoni invasions and was adopted by christian missionaries at the beginning of the colonial period.

The Chewa are a tribe found near Lake Malawi, and hence chicheŵa means "the language of the Chewas". In Zambia, where Chewa is also spoken by other tribes like the Ngoni and the Kunda, the more neutral name c(h)inyanja, "language of the lake" (referring to Lake Malawi), is hence used instead.

The first grammar - A grammar of the Chinyanja language as spoken at Lake Nyasa with Chinyanja-English and English-Chinyanja vocabulary was written by Alexander in 1880 and partial translations of the Bible were made at the end of 19th century.