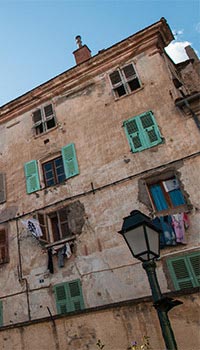 Our translation team consists of many expert and experienced Corsican translators. Each translator specializes in a different field such as legal, financial, medical, and more.

We have excellent Corsican software engineers and quality assurance editors who can localize any software product or website. We can professionally translate any Corsican website, no matter if it is a static HTML website or an advanced Java/PHP/Perl driven website. In the age of globalization, you definitely would want to localize your website into the Corsican language! It is a highly cost-effective investment and an easy way to expand your business!

We also offer services for Corsican interpretation, voice-overs, transcriptions, and multilingual search engine optimization. No matter what your Corsican translation needs are, Translation Services USA can provide for them.

Corsican (Corsu or Lingua Corsa) is a Romance language spoken on the island of Corsica (France), alongside French, which is the official language. A similar dialect to Corsican is also spoken to some extent in the Gallura area of Sardinia (Italy). It has strong similarities to Italian and in particular the Tuscany dialects of Italian. Most linguists consider it as a Tuscany dialect, the closest to modern Italian.

According to its UNESCO classification, the Corsican language is currently in danger of becoming extinct. In recent years, greater protection for the language has been discussed as part of proposals for increased autonomy of the region of Corsica from France.

In the Sardinian region of Gallura, including the town of Tempio Pausania, and on the island of La Maddalena "Gallurese" is spoken. This is a transitional dialect with many similarities with Southern Corsican.

The Corsican language is a key vehicle for Corsican culture, which is notably rich in proverbs. Corsica also has a tradition of polyphonic singing that dates back to the 16th century and is thought to have evolved from similar traditions on the Italian mainland.