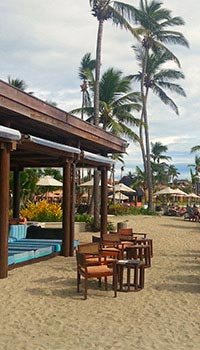 Our translation team consists of many expert and experienced Fijian translators. Each translator specializes in a different field such as legal, financial, medical, and more.

We have excellent Fijian software engineers and quality assurance editors who can localize any software product or website. We can professionally translate any Fijian website, no matter if it is a static HTML website or an advanced Java/PHP/Perl driven website. In the age of globalization, you definitely would want to localize your website into the Fijian language! It is a highly cost-effective investment and an easy way to expand your business!

We also offer services for Fijian interpretation, voice-overs, transcriptions, and multilingual search engine optimization. No matter what your Fijian translation needs are, Translation Services USA can provide for them.

Fiji consists of 322 islands, of which about one third is inhabited. The two most important islands are Viti Levu and Vanua Levu. Viti Levu hosts the capital city of Suva, and is home to nearly three quarters of the population. The islands are mountainous, with peaks up to 1200 m, and covered with tropical forests. Other important towns include Nadi, Savusavu, and Lautoka.

Fiji, endowed with forest, mineral, and fish resources, is one of the most developed of the Pacific island economies, though still with a large subsistence sector. Sugar exports and a growing tourist industry - with 300,000 to 400,000 tourists annually - are the major sources of foreign exchange. Sugar processing makes up one-third of industrial activity. Long-term problems include low investment and uncertain property rights. The political turmoil in Fiji has had a severe impact with the economy shrinking by 2.8% in 2000 and growing by only 1% in 2001. Visitor arrivals to reached pre-coup levels again during 2002, however, resulted in a modest economic recovery. The government's ability to manage its budget - which ran a net deficit

The Republic of the Fiji Islands occupies an archipelago in the South Pacific Ocean, east of Vanuatu, west of Tonga and south of Tuvalu.Ethnic Groups

The population of Fiji is divided almost equally between native Fijians, a Melanesian people (51%), and Indo-Fijians (43.7%), descendent of Indian contract laborers brought to the islands by the British in the 19th century. About 1.2 percent are Rotuman - natives of Rotuma Island, whose culture has more in common with Polynesian countries than with the rest of Fiji. There are also small, but economically significant, groups of Europeans, Chinese, and other minorities. Relationships between ethnic Fijians and Indo-Fijians have often been strained, and the tension between the two communities has dominated politics in the islands for the past generation.

Three official languages are prescribed by the constitution: English, which was introduced by the former British colonial rulers, Bau Fijian, spoken by ethnic Fijians, and Hindustani, the main language spoken by Indo-Fijians. Citizens of Fiji have the constitutional right to communicate with any government agency in any of the official languages, with an interpreter to be supplied on request.

The use of English is one of the most enduring legacies of almost a century of British rule. Widely spoken by both ethnic Fijians and Indo-Fijians, English is the main medium of communication between the two communities, as well as with the outside world. It is the language in which the government conducts most of its business, and is the main language of education, commerce, and the courts.

Fijian belongs to the Austronesian family of languages. Although it has been influenced by prolonged contact with speakers of Polynesian languages such as Tongan, it is related more closely to the Melanesian branch of the Austronesian family, which includes languages of western Pacific nations such as Vanuatu and New Caledonia. There are many dialects, but the official standard is the speech of Bau, the fiefdom of the Cakobau family, Fiji's traditional royal family.

"Hindustani" is considered an umbrella term for Hindi (preferred by Hindus) and the closely related Urdu (preferred by Muslims). Many Indo-Fijians consider that Fijian Hindustani has developed some unique features that differentiate it from the Hindi and Urdu spoken on the Indian subcontinent, although not to the extent of hindering mutual understanding.

In addition to the three official languages, many other languages are spoken. Some Fijian dialects, especially in the west of the country, differ markedly from the official Bau standard, and would probably be considered separate languages if they had a codified grammar or a literary tradition. In addition to Hindustani, many Indo-Fijians speak Tamil, with smaller communities speaking Bihari, Bengali, and other languages. On the island of Rotuma, Rotuman, a Polynesian language, is used.

Most ethnic Fijians are Christians. The Methodist church is the largest denomination; with about a quarter of the total population (including about 48 percent of ethnic Fijians), it has a higher percentage of the population in Fiji than in any other country. Other significant denominations among ethnic Fijians include Roman Catholics (19 percent), the Assemblies of God (11 percent), and the Seventh Day Adventists (6 percent). Most of these churches also have Indo-Fijian members, but their numbers are quite small. About thirty smaller denominations are also represented. A small number of ethnic Fijians have converted to Islam; one of the most prominent if these is the well-known politician Apisai Tora.

Most Indo-Fijians are Hindu (75 percent) or Muslim (16 percent). About 6 percent are Christians (mostly Methodists and Assemblies of God), and 1 percent are Sikhs. About two percent profess no religion.