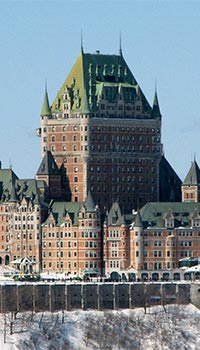 Our translation team consists of many expert and experienced Canadian French translators. Each translator specializes in a different field such as legal, financial, medical, and more.

We have excellent Canadian French software engineers and quality assurance editors who can localize any software product or website. We can professionally translate any Canadian French website, no matter if it is a static HTML website or an advanced Java/PHP/Perl driven website. In the age of globalization, you definitely would want to localize your website into the Canadian French language! It is a highly cost-effective investment and an easy way to expand your business!

We also offer services for Canadian French interpretation, voice-overs, transcriptions, and multilingual search engine optimization. No matter what your Canadian French translation needs are, Translation Services USA can provide for them.

Canada, which has been inhabited by natives including the First Nations and the Inuit for about 10,000 years, was first visited by Europeans around 1000, when the Vikings briefly settled at L'Anse aux Meadows in Newfoundland. More permanent European visits came in the 16th and 17th century, as the English and French settled here.

In 1763, at the end of the Seven Years' War, France decided to keep its Caribbean Islands and leave its North American colony, New France, to Britain. After the American Revolution, many British Loyalists settled in Canada. United States and the United Kingdom fought the

War of 1812. On July 1, 1867 with the passing of the British North America Act, the British government granted local self-government to a confederation of three of its North American colonies as the Dominion of Canada. In later years, other British colonies and territories joined the confederation. Full control over its affairs came in 1931 with the Statute of Westminster, and in 1982 with the patriation of Canada's constitution.

On July 7, 1969 the French language was made equal to English throughout the Canadian federal government. This started a process that led to Canada redefining itself as a bilingual and multicultural nation.

In the late second half of the 20th century, some citizens of the French-speaking province of Quebec sought independence in two referendums held in 1980 and 1995. In both cases, the referendums were defeated with 60% and 50.6% opposed to independence, respectively.