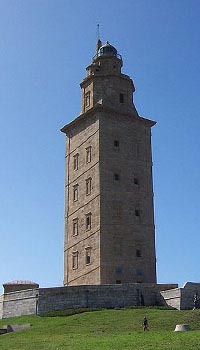 Our translation team consists of many expert and experienced Galician translators. Each translator specializes in a different field such as legal, financial, medical, and more.

We have excellent Galician software engineers and quality assurance editors who can localize any software product or website. We can professionally translate any Galician website, no matter if it is a static HTML website or an advanced Java/PHP/Perl driven website. In the age of globalization, you definitely would want to localize your website into the Galician language! It is a highly cost-effective investment and an easy way to expand your business!

We also offer services for Galician interpretation, voice-overs, transcriptions, and multilingual search engine optimization. No matter what your Galician translation needs are, Translation Services USA can provide for them.

Galician is a language in the Western Ibero-Romance branch, spoken in Galicia (in the Galician language, Galicia or Galiza), an autonomous community in northwestern Spain. Historically, the Portuguese language originated in Galicia (the Roman Gallaecia) and branched out in the 14th century after the Reconquista brought it southwards.

Modern Galician is seen by many as a dialect of Portuguese. The Encylopedia Britannica pronounces it a Portuguese dialect spoken in northwestern Spain, one often incorrectly considered a dialect of Spanish. The Instituto da Lingua Galega claims that Galego is an independent Romance Language that belongs to the group of Ibero-Romantic Languages. According to the Associaçom Galega da Língua, it has never ceased to be a part of the Portuguese language, just like the Brazilian version, the African varieties, and other dialects. However, in some aspects the Portuguese dialects are more conservative than the Galician ones, which for the most part lost the voiced fricatives /z/, /v/, etc.

Galician is spoken by most of the people in Galicia and among the many Galician immigrants in the rest of Spain (Madrid, Biscay), Iberoamerica (Buenos Aires) and Europe. For some authors, the situation of language domination in Galicia could be called "diglossia", with Galician in the lower part of the continuum and Spanish language on the top, while for others the conditions for diglossia established by Ferguson are not met.

The Spanish state recognized Galician as one of Spain's four "official languages" (lenguas españolas) (the others being Castilian—also called Spanish—Catalan and Basque). Though this is viewed by most as a positive step toward language maintenance, officialness does not guarantee language transmission among the youngest generations. Language and cultural activism has to struggle not only against growing assimilation to Spanish but also against cultural globalization.