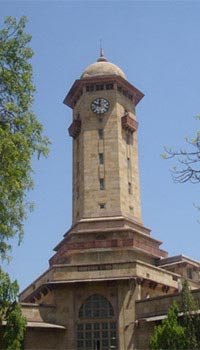 Our translation team consists of many expert and experienced Gujarati translators. Each translator specializes in a different field such as legal, financial, medical, and more.

We have excellent Gujarati software engineers and quality assurance editors who can localize any software product or website. We can professionally translate any Gujarati website, no matter if it is a static HTML website or an advanced Java/PHP/Perl driven website. In the age of globalization, you definitely would want to localize your website into the Gujarati language! It is a highly cost-effective investment and an easy way to expand your business!

We also offer services for Gujarati interpretation, voice-overs, transcriptions, and multilingual search engine optimization. No matter what your Gujarati translation needs are, Translation Services USA can provide for them.

Gujarati is a language belonging to the Indo-Iranian group of the Indo-European languages. It is spoken mainly in Gujarat, a state in western India, where it is a regional language officially recognized by the Constitution. It is written in Gujarati script, an abugida very similar to Devanagari (the script used for Sanskrit and Hindi), but without the continuous line at the top of the letters.

It is spoken by about 46 million people worldwide, making it the 23rd most spoken language in the world. Of these, roughly 45.5 million reside in India, 150,000 in Uganda, 250,000 in Tanzania, 50,000 in Kenya and roughly 100,000 in Pakistan. Considerable population of Gujarati speakers exists in North America as well. Two most common surnames are Shah and Patel.

The history of the language can be traced back to 12th c. CE. A formal grammar of the precursor of this language was written by Jain monk and eminent scholar Hemachandra-charya in the reign of Rajput king Siddharaj Jayasinh of Patan. This was called Apabhransa grammar, signifying a language which is a corrupted form of languages like Sanskrit and Ardha-magadhi. Earliest literature in the language survives in oral tradition and is traced to two stalwarts, the Krshna devotee and great egalitarian Narasinh Mehta (later a source of inspiration to Mahatma Gandhi) dated to be in the 17th century. The story of Narsinh Mehta himself was composed as a long narrative ballad by Premananda, accorded the title "maha-kavi" or great poet by modern historians of the language. His date is perhaps late 17th century. Other than this a large number of poets flourished during what is now characterised as the bhakti or devotional movement in Hinduism, a movement of the masses to liberate the religion from entrenched priesthood.

Premananda was a "vyakhyan-kar", a travelling story teller, who narrated his subject in song form and then perhaps elaborated on the lines in prose. His style was so fluent that the long poems running into hundreds of lines were memorised by the people and are still sung during the morning routines. In this sense the oral tradition of the much more ancient Vedas was clearly continuing in India till late. Premananda's famous poetry-stories deal with epic themes couched in stories of mythical kings, and the puranas. He also wrote a drama based on Narasinh Mehta's life capturing his simplicity and his disregard for worldly divisions of caste and class.

The Gujarati spoken today takes considerable vocabulary from Persian due to the more than five centuries of the rule of Sultan kings who were Muslim. These words occur mostly in reference to worldly and secular matters. The other elements of the language however draw quite a lot on native tribes of the specific region, as listed below under Dialects.

Modern exploration into Gujarat and its language is credited to British administrator Alexander Kinloch Forbes. During the nineteenth century at a time when the British rule was more consolidatory and progressive this gentleman explored much of the previous thousand years of the history of the land and compiled a large number of manuscripts. The learned body devoted to Gujarati language is named after him, Farbas Gujarati Sabha with headquarters in Mumbai.