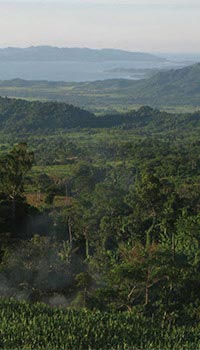 Our translation team consists of many expert and experienced Ilokano translators. Each translator specializes in a different field such as legal, financial, medical, and more.

We have excellent Ilokano software engineers and quality assurance editors who can localize any software product or website. We can professionally translate any Ilokano website, no matter if it is a static HTML website or an advanced Java/PHP/Perl driven website. In the age of globalization, you definitely would want to localize your website into the Ilokano language! It is a highly cost-effective investment and an easy way to expand your business!

We also offer services for Ilokano interpretation, voice-overs, transcriptions, and multilingual search engine optimization. No matter what your Ilokano translation needs are, Translation Services USA can provide for them.

Ilocano, also Iloko and Ilokano, refers to the language and culture associated with the Ilocano people, the third largest ethnic group in the Philippines. The native area of the Ilocano are in northwestern Luzon and is the defining identity for the Ilocos Region.

Ilocanos are of Malay stock, descendants of Southeast Asian migrants that settled the Philippines in successive waves for centuries. The term Ilocano come from i-, meaning "from", and lo-oc, meaning "cove or bay", thus "people of the bay." Ilocanos also refer to themselves as Samtoy, a contraction from the Ilocano phrase saö mi ditoy, meaning "our language here".

Ilocanos occupy the narrow, barren strip of land in the northwestern tip of Luzon, squeezed in between an inhospitable mountain range to the east and the open sea to the west. This geographic coincidence molded a people known for their clannishness, tenacious industry and frugality, traits that were vital to survival. It also induced Ilocanos to become a migratory people, always in search for better opportunities and for land to build a life on. Although their homeland constitutes the provinces of Ilocos Norte, Ilocos Sur and parts of La Union and Abra, their population has spread east and south of their original territorial borders. Ilocano pioneers flocked to the more fertile Cagayan Valley and the Pangasinan plains during the 18th and 19th centuries and now constitute a majority in many of these areas. In the 20th century, many Ilocano families moved further south to Mindanao, and they became the first Filipino ethnic group to immigrate en masse to North America, forming sizable communities in the American states of Hawaii, California, Washington and Alaska. A large, growing number of Ilocanos can also be found in the Middle East, Hong Kong, Japan and the urban centers of Canada and Europe.

Literature and the Arts

Pre-colonial Ilocanos employed a syllabic writing system that was widely used in the population prior to European arrival. Similar to the Tagalog and Pangasinan scripts, it was the first to designate coda consonants with a diacritic mark. The Ilocano script was innovated with a cross verama to designate coda consonants. The Ilocano Doctrina Cristiana of 1621, one of the earliest surviving publications, display this device.

Ilocano or Iloko (ISO 639 ilo) is a Western Austronesian language spoken in Northern Luzon and in various parts of the country and around the world. It comprises its own branch in the Philippine Cordilleran family of languages and is the lingua franca of the northern region. It is spoken by about nine million people.

Ilocano has two dialects: Northern "deeper" Ilocano and Southern Ilocano. The difference between these two dialects are merely regional variations in lexicon and intonation. The southern speech, in addition, uses six vowels instead of the usual a, e, i, o, u sounds that the northern dialect employs (using Spanish orthography). Southern Ilocanos (e.g. those from La Union and Pangasinan) has two distinct sounds for the vowel e, a frontal easy "e" like in "men" for many words in Spanish and English, and an unrounded "uh" sound for native words.