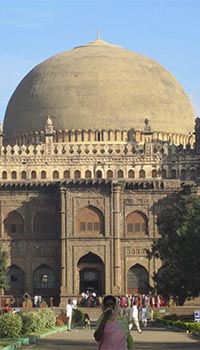 Our translation team consists of many expert and experienced Kannada translators. Each translator specializes in a different field such as legal, financial, medical, and more.

We have excellent Kannada software engineers and quality assurance editors who can localize any software product or website. We can professionally translate any Kannada website, no matter if it is a static HTML website or an advanced Java/PHP/Perl driven website. In the age of globalization, you definitely would want to localize your website into the Kannada language! It is a highly cost-effective investment and an easy way to expand your business!

We also offer services for Kannada interpretation, voice-overs, transcriptions, and multilingual search engine optimization. No matter what your Kannada translation needs are, Translation Services USA can provide for them.

Kannada is one of the oldest Dravidian languages and is spoken in its various dialects by roughly 45 million people. It is the state language of Karnataka, one of the four southern states in India.

The Kannada language has been spoken for about 2000 years, with the Kannada writing system being in use for about the last 1500 years. The initial development of the Kannada language is similar to that of other Dravidian languages, notably Tamil and Telugu. During later centuries, Kannada, along with Telugu, has been highly influenced by Sanskrit vocabulary and literary styles.

Kannada is a higly inflected language with three genders (masculine, feminine, neuter) and two numbers (singular, plural). It is inflected for gender, number and tense, among other things.

There is also a sharp distinction between the spoken and written forms of the language. Spoken Kannada tends to vary from region to region. The written form is more or less constant throughout Karnataka, however. The ethnologue identifies about 20 dialects of Kannada.

Kannada is mainly spoken in Karnataka in India, and to a lesser extent in the neighboring states. There are significant Kannada speaking populations in the United States and the UK.