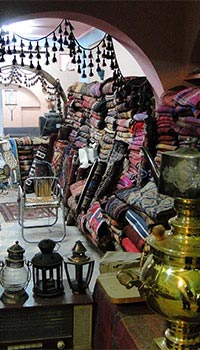 Our translation team consists of many expert and experienced Kurdish translators. Each translator specializes in a different field such as legal, financial, medical, and more.

We have excellent Kurdish software engineers and quality assurance editors who can localize any software product or website. We can professionally translate any Kurdish website, no matter if it is a static HTML website or an advanced Java/PHP/Perl driven website. In the age of globalization, you definitely would want to localize your website into the Kurdish language! It is a highly cost-effective investment and an easy way to expand your business!

We also offer services for Kurdish interpretation, voice-overs, transcriptions, and multilingual search engine optimization. No matter what your Kurdish translation needs are, Translation Services USA can provide for them.

The Kurdish language is spoken in the region loosely called Kurdistan including Kurdish populations in parts of Iran, Iraq, Syria and Turkey.

Kurdish dialects can be divided into three primaries groups:

There is no standard nomenclature for the divisions of Kurdish dialects, not just in the works of Western scholars but among the Kurds themselves. All the native designators for local language and dialects are based on the way the spoken language of one group sounds to the unfamiliar ears of the other. Dimila and their vernacular, Dimili, are therefore called Zaza by the Bad speakers, with reference to the preponderance of Z sounds in their language (Nikitin 1926). The Dimila call the Bad dialect and its speakers Xerewere. The Gorans refer to the Soran as Kurkure and Wawa. The Soran speakers in turn call the Gorans and their vernacular, Goran, Mec Mec, and refer to the tongue and the speakers of Bad as Ji Babu.

Kurdish has the following consonants roughly like their English counterparts:

[ch] as in choose

[zh] as in pleasure

Kurdish also has the following consonants that English does not have:

[gh]: like [x] only pronounced with the vocal cords vibrating

[q]: a k pronounced very far back in the mouth

The Kurdish vowel system is almost the same as English:

[i] close to the vowel in bit

[i:] close to the vowel in beet

[e] close to the vowel in bet, in some dialects closer to bat

[e:] close to the vowel in bait

[a] close to the vowel in box

[u] close to the vowel in put

[u:] close to the vowel in boot

[o] close to the vowel in boat