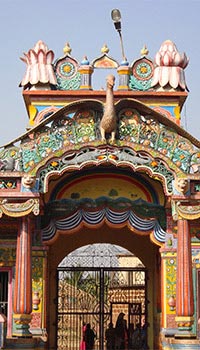 Our translation team consists of many expert and experienced Oriya translators. Each translator specializes in a different field such as legal, financial, medical, and more.

We have excellent Oriya software engineers and quality assurance editors who can localize any software product or website. We can professionally translate any Oriya website, no matter if it is a static HTML website or an advanced Java/PHP/Perl driven website. In the age of globalization, you definitely would want to localize your website into the Oriya language! It is a highly cost-effective investment and an easy way to expand your business!

We also offer services for Oriya interpretation, voice-overs, transcriptions, and multilingual search engine optimization. No matter what your Oriya translation needs are, Translation Services USA can provide for them.

Oriya has a rich literary heritage dating back to the thirteenth century. Sarala Dasa who lived in the fourteenth century is known as the Vyasa of Orissa. He translated the Mahabharata into Oriya. In fact the language was initially standardised through a procss of translation of classical Sanskrit texts like the Mahabharata, the Ramyana and the Srimad Bhagabatam. Jagannatha das translated the Srimad Bhagabatam into Oriya and his translation standardized the written form of the langauage. Oriys has had a strong tradition of poetry, especially that of deveotional poetry.

Prose in the Language has had a late development. Distinguished prose writers of the modern period include Fakir Mohan Senapati, Manoj Das, Kishore Charan Das, Kalindi Charan Panigrahi, and Gopinath Mohanty. But it is poetry that makes modern Oriya literature a force to reckon with. Poets like Guruprsad Mohanty, Soubhagya Misra, Ramakanta Rath, and Sitakanta Mohapatra have made significant contributions towards Indian poetry.

Oriya has traditionally had a strong Buddhist and Jain influence.

Oriya is written with the Oriya script.