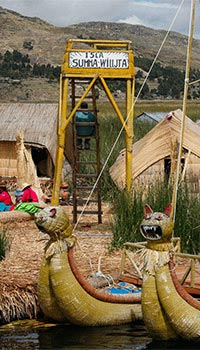 Our translation team consists of many expert and experienced Quechua translators. Each translator specializes in a different field such as legal, financial, medical, and more.

We have excellent Quechua software engineers and quality assurance editors who can localize any software product or website. We can professionally translate any Quechua website, no matter if it is a static HTML website or an advanced Java/PHP/Perl driven website. In the age of globalization, you definitely would want to localize your website into the Quechua language! It is a highly cost-effective investment and an easy way to expand your business!

We also offer services for Quechua interpretation, voice-overs, transcriptions, and multilingual search engine optimization. No matter what your Quechua translation needs are, Translation Services USA can provide for them.

Quechua is an Amerindian language native to South America. It was the official language of the Tawantinsuyu (the Inca Empire), and today is spoken in various dialects by approximately 8 to 13 million people throughout South America. The language's dominion spans the entire South American continent starting as far north as southern Colombia and Ecuador, then Peru and Bolivia, and finally into northwestern Argentina and northern Chile. The dialect as it is spoken in Colombia and Ecuador is known as Quichua, and because of its frequent unintelligibility with the main branch of the language, it borders on being classed as separate. Despite this, all dialects are nonetheless still considered a single tongue, and as such, it makes Quechua the most widely spoken of all Amerindian languages in the Americas. It was extended beyond the limits of the empire by the Catholic Church, which chose it to preach to Indians in the Andes area. It has, along with Spanish and Aymará, the status of an official language in both Peru and Bolivia. Before the arrival of the Spaniards and the Spanish language, Quechua had no alphabet in our sense, instead, it had a system of accountance with khipu-strings.

Quechua is a very regular language, but a large number of infixes and suffixes change both the overall significance of words and their subtle shades of meaning, allowing great expressiveness. It includes grammatical features such as bipersonal conjugation and conjugation dependent on mental state and veracity of knowledge, spatial and temporal relationships, and many cultural factors. Later the Spanish impact resulted in the Spanish turning the Quechua language into script by method of translation.