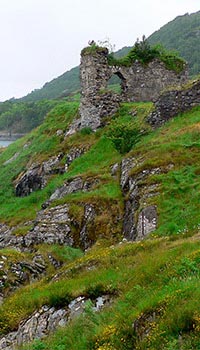 Our translation team consists of many expert and experienced Scots translators. Each translator specializes in a different field such as legal, financial, medical, and more.

We have excellent Scots software engineers and quality assurance editors who can localize any software product or website. We can professionally translate any Scots website, no matter if it is a static HTML website or an advanced Java/PHP/Perl driven website. In the age of globalization, you definitely would want to localize your website into the Scots language! It is a highly cost-effective investment and an easy way to expand your business!

We also offer services for Scots interpretation, voice-overs, transcriptions, and multilingual search engine optimization. No matter what your Scots translation needs are, Translation Services USA can provide for them.

Spoken in: Scotland, Northern Ireland, Republic of Ireland, England
Region: Scottish Lowlands, Caithness, The Northern Isles, the Ulster littoral, Berwick-upon-Tweed, Cumbria
Total speakers: over 1.5 million:
— Scotland: 1.5 million (General Register Office for Scotland, 1996).
— Northern Ireland: 30,000 (Northern Ireland Life and Times Survey, 1999).
— Republic of Ireland: no official figures, but several thousand in eastern County Donegal.
— England: Several thousand speakers in the counties of Northumberland and Cumberland
Official language of: None.
— Classified as a "traditional language" by the Scottish Executive.
— Classified as a "regional or minority language" under the European Charter for Regional or Minority Languages, ratified by the United Kingdom in 2001.
— Classified as a "traditional language" by The North/South Co-operation (Implementation Bodies) Northern Ireland Order 1999.

Scots is an Anglic variety spoken in Scotland, where it is sometimes called Lowland Scots to distinguish it from Scottish Gaelic spoken by some in the Highlands and Islands (especially the Hebrides). Scots is also spoken in parts of Northern Ireland and border areas of the Republic of Ireland, where it is known in official circles as Ulster Scots or Ullans.

Scholars and other interested parties often disagree about the linguistic, historical and social status of Scots. It has traditionally been regarded as one of the ancient dialects of English but also has its own ancient and distinct dialects. It is often treated as part of English as spoken in Scotland but differs significantly from the Standard Scottish English taught in schools. It has also been regarded as a Germanic language in its own right in the way that Swedish is distinct from Danish. Its subordinate relationship with the English of England has also been compared to that of Frisian being dominated by Dutch in the Netherlands. (See Status below)

Native speakers in both Scotland and Ireland usually refer to the language as (braid) Scots (Eng: Broad Scots) or use a dialect name such as the Doric or the Buchan Claik. The old fashioned Scotch occurs occasionally, especially in Ireland. Some literary forms are often referred to as Lallans (Lowlands).