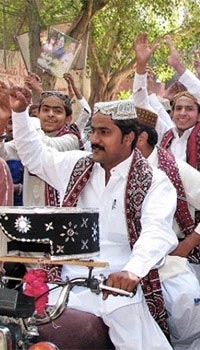 Our translation team consists of many expert and experienced Sindhi translators. Each translator specializes in a different field such as legal, financial, medical, and more.

We have excellent Sindhi software engineers and quality assurance editors who can localize any software product or website. We can professionally translate any Sindhi website, no matter if it is a static HTML website or an advanced Java/PHP/Perl driven website. In the age of globalization, you definitely would want to localize your website into the Sindhi language! It is a highly cost-effective investment and an easy way to expand your business!

We also offer services for Sindhi interpretation, voice-overs, transcriptions, and multilingual search engine optimization. No matter what your Sindhi translation needs are, Translation Services USA can provide for them.

Sindhi is an Indo-Aryan language spoken by approximately 17 million people in the province of Sindh, Pakistan. Sindhi is also a recognised official language of India, where it is spoken by approximately 1.2 Million members of an ethnic group which migrated from the province of Sindh, Pakistan during the partition of British India in 1947. The language can be written using Devanagari or the Arabic scripts.

Sindhi has its own script which is similar to Arabic but with a lot of extra accents and phonetic. There are 52 characters in Sindhi language. There are many words similar to traditional Indo Aryan languages like Ar compared to arable aratro etc like Hari (Meaning Farmer) similar to harvest and so on.

Sindhi was a very popular literary language back in 14th-18th century. This is when Sufis Like Shah Abdul Latif and numerous others narrated their theosophical poetry depicting the relationship of humans and God.

Sindhi language is taught as a first language in the schools of south-east Pakistan except in large metropolises like Karachi. Sindhi language has a vast vocabulary which made it a favourite of many writers and a lot of literature & poetry was written.

Qur'an was first time translated into Sindhi in rhymatic format this was the first ever translation of Qur'an back in 12th century or earlier.