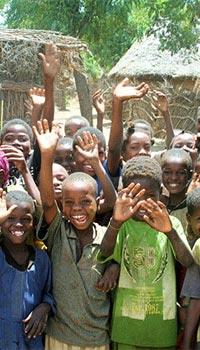 Our translation team consists of many expert and experienced Somali translators. Each translator specializes in a different field such as legal, financial, medical, and more.

We have excellent Somali software engineers and quality assurance editors who can localize any software product or website. We can professionally translate any Somali website, no matter if it is a static HTML website or an advanced Java/PHP/Perl driven website. In the age of globalization, you definitely would want to localize your website into the Somali language! It is a highly cost-effective investment and an easy way to expand your business!

We also offer services for Somali interpretation, voice-overs, transcriptions, and multilingual search engine optimization. No matter what your Somali translation needs are, Translation Services USA can provide for them.

The Somali language is a member of the Cushitic languages. It is spoken mostly in Somalia, Ethiopia, and Djibouti, but speakers are found all over the world because of the civil war. It has between 15 to 25 million speakers.

It is spoken mostly in Somalia, eastern Ethiopia, and Djibouti, but speakers are found all over the world because of the Somali civil war. It has between 15 to 25 million speakers.

Somali is also spoken by Somali communities all over the world, including, but not limited to, the Middle East, Europe, North America and Australia.

Somali is an official language in Somalia. It is also important in Djibouti and eastern Ethiopia.

Of the Somali dialects, the most widely used is Common Somali, a term applied to several sub-dialects, the speakers of which can understand each other easily. Common Somali is spoken in most of Somalia and in adjacent territories (Ethiopia, Kenya, and Djibouti), and is used by broadcasting stations in Somalia and in Somali-language broadcasts originating outside the country.

Coastal Somali is spoken on the Banaadir Coast (from Cadale to south of Baraawe) and its immediate hinterland. Central Somali is spoken in the interriverine area, chiefly by members of the Rahanwayn clan-family. Speakers of Common and Coastal Somali can understand each other after a few weeks of close contact, speakers of Common and Central Somali only after a few months.