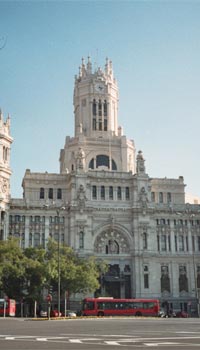 Our translation team consists of many expert and experienced Spanish / Castilian translators. Each translator specializes in a different field such as legal, financial, medical, and more.

We have excellent Spanish / Castilian software engineers and quality assurance editors who can localize any software product or website. We can professionally translate any Spanish / Castilian website, no matter if it is a static HTML website or an advanced Java/PHP/Perl driven website. In the age of globalization, you definitely would want to localize your website into the Spanish / Castilian language! It is a highly cost-effective investment and an easy way to expand your business!

Spanish or Castilian (castellano) is an Iberian Romance language. It is spoken by 332 million people in countries where it is an official language, 94.6% of the whole population, 1998 data, currently these countries amount a total estimated population of 398 million, and by more than 32 million where it is an unofficial language (28 million in the US, 2000 data). Speakers can be nowadays estimated in 410 million in number, making Spanish the most widely spoken Romance language.

Spanish originated in Castille, (Spain); it was brought by Spanish explorers, colonists and empire-builders to the Western Hemisphere and other parts of the world in the last five centuries. Spanish is one of six official working languages of the United Nations and one of the most used global languages, along with English. It is spoken on all continents, most extensively in North and South America, Europe, and certain parts of Africa and Asia. Within the globalised market, there is currently an international expansion and recognition of the Spanish language in literature, the film industry, television (notably telenovelas) and music.