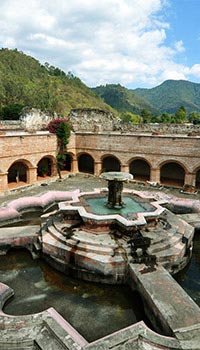 Our translation team consists of many expert and experienced Latin American Spanish translators. Each translator specializes in a different field such as legal, financial, medical, and more.

By the 16th century the consonantal system of Castilian Spanish underwent the following important changes that differentiated it from some neighbouring Romance languages, such as Portuguese and Catalan):

The initial /f/, that had evolved into a vacillating /h/, was lost in most words (although this etymological h- has been preserved in spelling)

The voiced labiodental fricative /v/ (that was written 'u' or 'v') merged with the bilabial oclusive /b/ (written 'b'). Contemporary Spanish written 'b,v' do not correspond to different phonemes.

The consonantal system of Medieval Spanish has been better preserved in Judaeo-Spanish, the language spoken by the descendants of the Jews expelled from Spain in the 15th century.

The language was brought to the Americas, Federated States of Micronesia, Guam, Marianas, Palau and the Philippines, by the Spanish colonization since 16th century. It was used there by the Creole and Mestizo descendants of the Spaniards. The Catholic church preached the natives in selected local languages like Guarani, Quechua or Tagalog, rather than Spanish, to keep them apart of the direct influence of the Spaniards. After the independence processes, the new ruling elites extended their Spanish to the whole population to strengthen national unity. In the Philippines, this process did not occur because, following the Philippine-American War, English was declared an official language, with Spanish being downgraded or phased out, ceasing to be an official language in 1973.

In the 20th century, Spanish was introduced in Equatorial Guinea and Western Sahara. In the Marianas, the Spanish language was retained until the Pacific War.

Spanish is a member of the Romance branch of Indo-European.