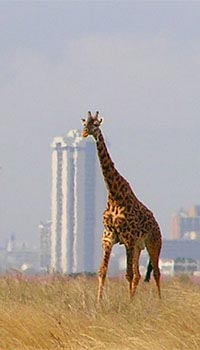 Our translation team consists of many expert and experienced Swahili translators. Each translator specializes in a different field such as legal, financial, medical, and more.

We have excellent Swahili software engineers and quality assurance editors who can localize any software product or website. We can professionally translate any Swahili website, no matter if it is a static HTML website or an advanced Java/PHP/Perl driven website. In the age of globalization, you definitely would want to localize your website into the Swahili language! It is a highly cost-effective investment and an easy way to expand your business!

We also offer services for Swahili interpretation, voice-overs, transcriptions, and multilingual search engine optimization. No matter what your Swahili translation needs are, Translation Services USA can provide for them.

Swahili (also Kiswahili) is an agglutinative language widely spoken in East Africa. It originated between 1500 and 1600 as a auxiliary language for the traders of the east African coast and the Middle East, particularly Oman. Swahili is the mother tongue for many inhabitants of the central east African coast (particularly in Zanzibar, Mombasa, Pemba and Lamu), and it is a lingua franca for up to 50 million others.

The traditional centre of the language is Zanzibar, and Swahili is an official language of Tanzania, Kenya and Uganda. The Swahili spoken in Nairobi incorporates significantly more English loanwords than that spoken on the coast, and in Tanzania Swahili is the most widely used language. The language is also spoken in regions that border these three countries, such as far northern Malawi and Mozambique, eastern Democratic Republic of the Congo and Rwanda, and southern Ethiopia. The Zanzibar dialect is known as Kiunguja.

The most salient feature of its grammar is its division of nouns into a number of classes. Words beginning with m- whose plural changes it to wa- denote persons, e.g. mtoto 'child', plural watoto. The infinite of verbs begins with ku-, e.g. kusoma 'to read'. Other classes are harder to categorize. Singulars beginning ki- take plurals in vi-: this even applies to foreign words where the ki- is originally part of the root, not a prefix, so vitabu 'books'. This class also contains diminutives, and languages. Words beginning with u- are often abstract, with no plural, e.g. utoto 'childhood'.

A fifth class begins with n- or m- or nothing, and its plural is the same. Another m- class takes plurals in mi-, e.g. mti 'tree', miti trees. Another class usually has no ending in the singular, and takes ma- in the plural. When the noun itself does not make clear which class it belongs to, its concords do. Adjectives and numerals take the noun prefixes, and verbs take a different set of prefixes.