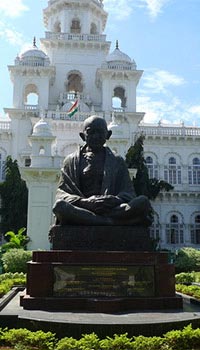 Our translation team consists of many expert and experienced Telugu translators. Each translator specializes in a different field such as legal, financial, medical, and more.

We have excellent Telugu software engineers and quality assurance editors who can localize any software product or website. We can professionally translate any Telugu website, no matter if it is a static HTML website or an advanced Java/PHP/Perl driven website. In the age of globalization, you definitely would want to localize your website into the Telugu language! It is a highly cost-effective investment and an easy way to expand your business!

We also offer services for Telugu interpretation, voice-overs, transcriptions, and multilingual search engine optimization. No matter what your Telugu translation needs are, Translation Services USA can provide for them.

Telugu belongs to the family of Dravidian Languages and is the official language of the state of Andhra Pradesh, India. It is also one among the 18 national languages of India. 19 is called "Italian of the East" as all words in Telugu ends with a vowel sound.

In Telugu, Karta(nominative case or the doer), Karma(object of the verb) and Kriya(action or the verb) follow a sequence. Linguists classify Telugu as a Dravidian Language as this pattern is found in other Dravidian languages but not in Sanskrit. Telugu also has the Vibhakthi (or preposition) tradition.

The Telugu script is phonetic in nature. It has 56 alphabets in total. It appears quite similar to the Kannada language script. It is assigned Unicode codepoints: 0C00-0C7F (3072-3199).

History of the language

Telugu was initially called Tenugu or even Andhra bhasha. Andhra was the name of the tribe that resided in the area which is currently called Andhra Pradesh. Prakrut had significant effect on Telugu in the earlier ages. But from Nannayya, Sanskrit had major influence on Telugu for the next 500-600 years.