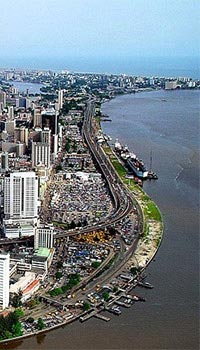 Our translation team consists of many expert and experienced Yoruba translators. Each translator specializes in a different field such as legal, financial, medical, and more.

We have excellent Yoruba software engineers and quality assurance editors who can localize any software product or website. We can professionally translate any Yoruba website, no matter if it is a static HTML website or an advanced Java/PHP/Perl driven website. In the age of globalization, you definitely would want to localize your website into the Yoruba language! It is a highly cost-effective investment and an easy way to expand your business!

We also offer services for Yoruba interpretation, voice-overs, transcriptions, and multilingual search engine optimization. No matter what your Yoruba translation needs are, Translation Services USA can provide for them.

Yorùbá is a language of sub-Saharan Africa. The native tongue of the Yorùbá people, it is spoken, among other languages, in Nigeria, Benin, Togo and Sierra Leone, as well as by communities in Brazil and Cuba (where it is called Nago). It belongs to the Benue-Congo branch of the Niger-Congo language family, and has nearly 30 million speakers. Yorùbá is an isolating, tonal language with SVO syntax. While several dialects of varying degrees of mutual comprehensibility exist, there is also a standard language.

Yorùbá has proven to be fruitful from a linguistic point of view. It uses a register tone system, similar the one used by other Niger-Congo languages but unlike that of Chinese. Its vowel harmony system, extensive morphophonology, and numerous reduplicative processes are well documented and continue to be the subject of linguistic analysis.

Yorùbá is written in a Latin alphabet modified by the use of the digraph "gb" and certain diacritics, including a vertical line set under the letter. As this is somewhat poorly supported by Unicode, it is often replaced by a dot.

The pronunciation of the letters without diacritics corresponds more or less to their International Phonetic Alphabet equivalents. The line underneath vowels indicates an open vowel, traditionally pronounced with the root of the tongue retracted (so "e̩" is pronounced with an [ɛ̙] and "o̩" with an [ɔ̙]). "S̩" represents a postalveolar consonant [ʃ] like the English sh. GB, meanwhile, represents the labial-velar stop [g͡b], where both consonants are pronounced simultaneously rather than sequentially.

In addition to the vertical bars, three further diacritics are used on vowels and syllabic nasal consonants to indicate the language's tones: an acute accent for the high tone, a grave accent for the low tone, and an optional macron for the middle tone. These are used in addition to the line in "e̩" and "o̩". When more than one tone is used in one syllable, the vowel can either be written once for each tone (for example, *òó for a vowel [o] with tone rising from low to high) or, more rarely in current usage, combined into a single accent. In this case, a caron is used for the rising tone (so the previous example would be written *ǒ) and a tilde for other possibilities.