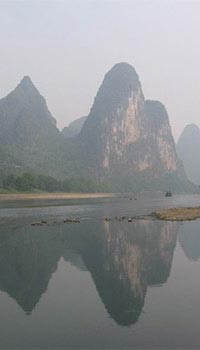 Our translation team consists of many expert and experienced Zhuang translators. Each translator specializes in a different field such as legal, financial, medical, and more.

We have excellent Zhuang software engineers and quality assurance editors who can localize any software product or website. We can professionally translate any Zhuang website, no matter if it is a static HTML website or an advanced Java/PHP/Perl driven website. In the age of globalization, you definitely would want to localize your website into the Zhuang language! It is a highly cost-effective investment and an easy way to expand your business!

We also offer services for Zhuang interpretation, voice-overs, transcriptions, and multilingual search engine optimization. No matter what your Zhuang translation needs are, Translation Services USA can provide for them.

The Zhuang language (autonym: Cuengh or Cueŋь; Chinese: 壮语; pinyin: Zhuàngyǔ) is used by the Zhuang people in the People's Republic of China. Most of them live in the Guangxi Zhuang Autonomous Region. Zhuang, which belongs to the Tai language group, is an official language in that region. However, use of the language is rapidly declining as the Zhuang assimilate to the Han Chinese.

Standardized Zhuang is based on the dialect of Wuming County (武鸣县).

Buyei, considered a separate language in China, is actually just a slightly different standard form of Zhuang, used across the province border in Guizhou. There is a dialect continuum between Zhuang and Buyei.

Zhuang is a tonal language. It has six tones in open syllables

It has two (high and low) in closed syllables.

Zhuang had been written with ideographs that were borrowed from Han characters adopted to this language, and original characters made out by using the similar manner of construction, for more than a thousand years, similar to Vietnamese Chu Nom. In 1957, in the People's Republic of China, a Latin alphabet with some special letters was introduced to write the new standardised Zhuang language. A spelling reform in 1986 replaced these special letters with regular letters of the Latin alphabet to facilitate printing and the use of computers. The tables below compare spelling before and after the 1986 reform.