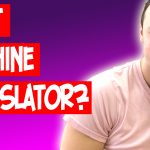 This seems quite remarkable and I’ve became curious. I like such bold claims! As the owner of a leading translation agency and an owner of a up and coming website translation startup, and a bi-linguial speaker, I was able to run a quick test to check for myself which service is better.

I copied a paragraph from their very own blog post: 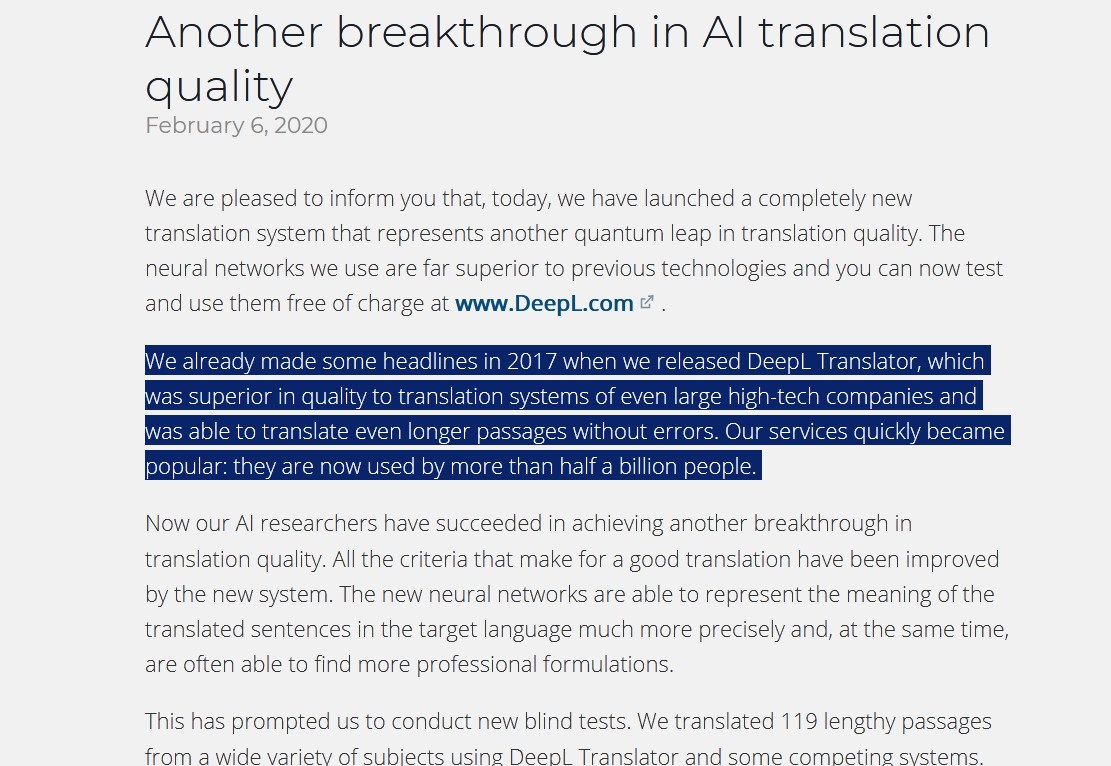 and posted it into Google Translate and DeepL.

Interested to see the results? I’ve made screenshots! Check them out!

As a native speaker of Russian language and a fluent speaker of English, I can quick spot a fishy translation. And that fishy translation came from DeepL. Instead of changing the sentence to fully preserve the meaning, it used incorrect passage: “…крупные высокотехнологичные компании…”. Should be: “…крупных высокотехнологических компаний…”. And that translation was offered by Google Translate. See above. In fact, it is amazing that Google Translate got no errors in the whole paragraph. This is something we should be amazed by.

Thus, it is too early to say that DeepL has any better translation than its rivals. Their tests are inconclusive and the established rivals such as Google, Microsoft and Amazon have a better foot in the door. In addition, DeepL’s pricing structure of 20 Euros per 1 Million of characters is a very pricey one. We will continue to use Google as its quality is the best on the market and pricing is $20 per million considered high, but still well worth it.

What Goes Into Quality Translation Services?