What is Google Translate doing to the translation profession? 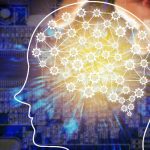 Machine translation tool, Google Translate, appeared in 2006 bringing a bit of distrust and dissatisfaction on one hand, and a sigh of relief on the other. Those who were a bit intimidated by a modern tool at that time, were the translators and other people whose business was closely related to the translation industry, but professional translators above all. In their minds, years and years of dedicated studying and professional development seemed to be in jeopardy and even worse, in vain. Today, many years from the introduction of Google Translate and making it a regular companion of ours, there are still professional translators, translation agencies and translation industry as well. Were all the fears justified or not? Indeed, it had an impact on the business, along with other translation machines and tools, but how and to which extent?

Let us discuss the disadvantages first! 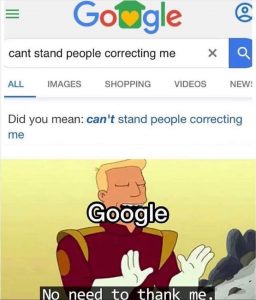 While younger generations can barely imagine their lives without Google Translate or any other additional linguistic tool, especially when going abroad, or even wonder if life existed before their appearance, generations of people born and educated before any significant technological change were relying only on the written content in their local libraries, schools, universities or the newspaper they could buy at the nearby news agent’s. Therefore, the respect they had for not such accessible information and knowledge, and a bit their conservatism, created a notion of fear that the thing they had sacrificed so much for was going to be taken away from them. And, depriving such generations of long-term investment in their careers was almost equal to the loss of personal identity and integrity. At least to some. However, although these fears were exaggerated, as most fears are, the coming of Google Translate to the world scene, has truly diminished and blurred the reputation this profession had before. Perhaps only at first glance and to the easy-going minds, but sometimes even that idea is enough to slightly ruin someone’s professional image. 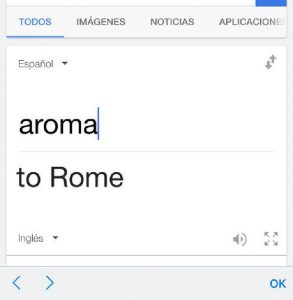 This is how the situation appeared in the beginnings of Google Translate. A looming disaster. Before this online translation tool was invented and put into practice, obtaining a translation was only possible through the services of professional translators who guaranteed with their knowledge and reputation that the translation provided by them was matching and credible.

Today, Google Translate, together with similar online tools, is enabling users to translate documents quickly and easily, without another person’s help. Still, these tools are not sophisticated enough to offer high quality translations. As much as they have been updating, they are still mostly able to translate correctly a word, a syntagm or a simple sentence. A sentence structure or a an implied meaning are usually impossible tasks for these tools to perform, and often create a funny or meaningless result. 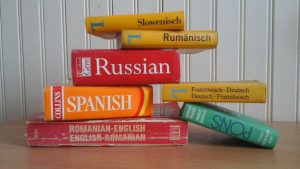 Aside from reputational damage, Google Translate has contributed  to the decrease in demand for professional translation services to some extent. Although this tool has not been widely used in translation industry, and definitely has not replaced professional translators, it has led to demand reduction for human services in this field. Of course, a publisher or an author will not embarrass himself with the machine translation of their books and novels, let alone poems, or serious business entrepreneurs who need their websites and platforms translated into another language. On the other hand, the very same or any individuals will not ask for professional services when they receive an email or any other message or document which is for their sole use and information. Instead of paying for professional service, they will turn to Google Translate and quickly solve the issue. After all, what matters is they get the picture what the received message is about and be able to respond properly. 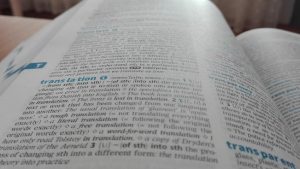 The assessment of the influence of Google Translate on translation rates is noticeable, but the figures are unknown. Charge rates charged by freelance translators or translation agencies around the world has definitely decreased and the amount of workload as well. So, it is true that some aspects of those initial fears, since 2006 and Google Translate introduction, have materialized and caused certain damage to the professional translation industry, but not as much as it was believed to happen at first. Anyway, professional services are still needed and appreciated when it comes to large and significant projects. The saying “you get what you pay for” is applicable today more than ever and the translator’s services are as worth paying as always due to the tools incapability to deal with complex tasks and different approaches.

Aside from all the disadvantages that online translation tools, with the most representative Google Translate, have brought to the translation business, there are some advantages:

As much as you are smart, well-educated and well-trained, you might need Google Translate or other online translation tools at the reach of your hand. When you mind stops working and goes blank after a having who-knows-how-many cups of coffee and hours of intellectual efforts, instead of turning pages and pages of your dictionaries and calling a fellow colleague to ask which word goes for this and that, you can quickly address to a handy online tool like Google Translate. You will find the necessary word in a few seconds and go back to where you have stopped. In this way, you will save time and increase your daily productivity level.

You are still irreplaceable

Remember how translators were scared of a new tool and believed the end of the world was coming? It hasn’t happened. At least, not yet nor we know it ever will. Google Translate and similar tools are based on certain algorithms also created by humans. It means the machine follows given patterns and anything that escapes them is insignificant and is therefore neglected and discarded. To be able to tell the difference between double meanings of the same sentence, the tool must be sensitized as a human. Or, all possible variations of that sentence need to be entered into the translation machine, which is quite a work for all possible ambiguous sentences in a language. And how many languages are there in the world, let alone dialects? What about slang, words borrowed from another language or sayings? There are even ambiguous words which meaning depends on the accent! So, rest assured that you are going to be translating for many years and be smart enough to enjoy the fruits of online tools. They can be your valuable assistants! 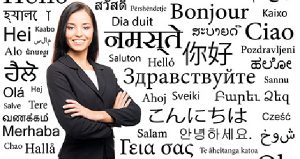 What does the future hold?

From the moment Google Translate appeared, it has been upgraded and subjected to incessant improvements. Not only this online tool, but others as well will only be updated and they might instigate old fears in the future. According to Google’s director of engineering, the moment of technological singularity is approaching. It means that the artificial  general intelligence will become capable of recursive self-improvement and that moment is not a faraway future. Actually, it could be happening even in the following decade. This futuristic perspective is not favorable to the translation industries nor freelance translators. If his predictions come true, among other things, online translation tools will be able to understand the complex language structures, implied and ambiguous meanings, and therefore fill the void they are not able to do now. This literally means that they will be capable of translating as perfect as humans.

On the other hand, this all falls under a big question mark. Unless there is some technology so advanced that ordinary people do not know much about, which can enhance today’s tools and equalize them with humans, this is not going to happen. Why not? Because, if the artificial intelligence becomes so advanced in the future, with eternally changing world, people would also change and develop their language skills. That development would lead to the appearance of new words, expressions and structures, which, again would create the need for artificial intelligence upgrade, and the cycle would never end.

To be able to act like a human and provide the similar results as humans in terms of translation, the translation machine must have all the human components. Since there is no algorithm according to which humans were created, at least not known to the humans, there is no pattern to instill the translation tool to follow without any mistakes. In other words, humans are authentic beings, who can be influenced by media, social standards, finance and their own unprocessed emotions and traumas, but unlike to artificial intelligence, they can leave that circle if they play wisely. So, the question I am posing is how a man can be surpassed if he has so many abilities and possibilities to change, and pick a completely different way of living and thinking even tomorrow? Being unpredictable even to himself and able to emerge undiscovered talents, how can he be predictable to an artificial piece of intelligence? In my humble opinion, professional translators will always be a few steps ahead.