(and When is it Acceptable to Use?)

We’ve all probably used Machine Translators at some point, whether it was Google Translate, Bing Translator, or some other free translation tool available online.  It’s free, fast, and provides a fairly accurate translation (most of the time) of a word, sentence, or paragraph that we come across in another language.  While it’s not 100% accurate, especially for larger blocks of text or some specific languages, it can provide you with a general meaning of a given foreign language text.

If that’s the case, why should you pay for professional translation?

Different machine translators use different approaches to their translation processes. The following are the most common approaches available on the web: 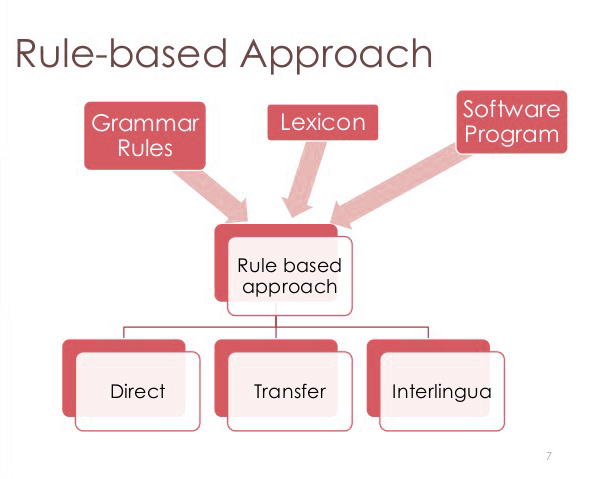 However, Google Translate didn’t always work this way. Initially, it used a rule-based system. Google switched to SMT because it enables the service to improve itself as it combs the web adding to its database of text — as opposed to linguists having to identify and code new rules as a language evolves. This provides a much more accurate translation, as well as saving thousands of programming/linguist man-hours.

However, there are some concerns regarding the SMT method with which Google relies on. Google Translate is meant to be used as a bare-bones solution to translating simple texts on the fly, however it seems more and more companies and individuals are relying on it as a cost-saving measure to translate their websites, either not realizing their translations are not quite up to speed, or simply not caring too much (which can be detrimental to a business wishing to target non-English speaking clients).

“It’s not a big problem yet – [but] it could get worse,” said Google’s director of research Peter Norvig. “We mostly address it by judging the quality of a site. If you look good, we’ll keep your examples; if you look sketchy we’ll toss them out.”

When you should use machine translation

All things considered, machine translation is a perfectly useful tool when you wish to get a general sense of what an article or website is about, or you require an immediate translation and speed is more of a determining factor than accuracy. Professional translation can be a costly endeavor, and there is no reason to spend money on translating everything you come across if it is just for personal use.

However, if you are a business or you require an accurate translation for say, a legal document or something else where other determining factors rely on the original meaning of a document verbatim, then it is not a good idea to use machine translators, even if you save a lot of money. As a business, if you are trying to attract clients, there is nothing more off-putting than having a poorly translated and grammatically incorrect website advertising your company. Most people would not take your business seriously or worse, would think it is a scam, as any successful business would have the resources to pay for a professional translation.

Therefore, in the end it is up to you to decide the importance of accuracy of your translation. A general rule of thumb is if it the translation is just for your own information, machine translation might be an appropriate tool. If you plan for others to see the result, then you should probably stick with a professional translation.

What is Hybrid Translation?