Are Dying Languages Worth The Saving? 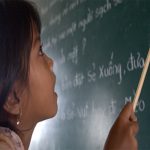 There are almost 2,500 endangered languages according to Unesco, among which there are such languages that are spoken by only 30 people. A study shows that at least 50 per cent of the world’s current spoken languages will be extinct in the next century.

A set of five categories is used by Unesco to define how endangered a language is. In the first category fall languages that are estimated “vulnerable”, which means that most children speak the language, but it could be restricted to certain domains, for instance, the home. The second category is reserved for “definitely endangered”. This term refers to those languages where children no longer learn the language as a ”mother tongue” in the home. “Severely endangered” stands for a language spoken by grandparents and older generations. Regardless the fact the parent generation may understand it, they do not speak it to children or among themselves. The fourth group is dedicated to critically endangered ones. Such languages are those whose the youngest speakers are grandparents and older, and they speak the language partially and infrequently. And, the fifth group involves extinct languages, with no speakers left.

To highlight this question and bring closer attention to the mentioned languages, here is a list of them according to the numbers of speakers.

In Australia, Wiradjuri has only 30 speakers left. It is spoken in the south-western part of New South Wales. A good thing to know is that the publication of a Wiradjuri dictionary has revived the language to a certain extent, and the language is being taught in schools in more areas.

On the other side of the world, there is Nawat, spoken in El Salvador which has 200 speakers left. The language of Nawat is alternatively known as Pipil as well. However, the language’s survival has been signaled through its growing number of second language speakers, defying a period of extinction in some regions.

The language of Aymara in Bolivia, Chile, Peru is narrowed down to 2,000,000 remaining speakers. As one of the very few Native American languages that has more than one million speakers, it shows an unusual feature. Namely, speakers of this language think of time differently than everyone else: linguistic and gestural analysis has shown they represent the past as being in front of them, and the future as behind them.

Balti in India and Pakistan disposes of unknown number of speakers. What is familiar about this language is that it is spoken in Northern Pakistan and some parts of Northern India. Despite the fact that English and Urdu have had greater influence, many words that are characteristic of Tibetan dialects have been retained in honour of the language’s roots.

Basque is a minority language which is used in Spain and France. With its 660,000 speakers left, it is linguistically unrelated to any known living language in the world, therefore it is classified as a language isolate. Basque is believed to be the only pre-Indo-European language in Europe, whose speakers live in the Basque Autonomous Region, the Spanish province of Navarre, and in the department of Pyrénées-Atlantiques in France.

Breton is one of the languages spoken in France, having 250,000 speakers left. This language is known to be brought by migrating Britons to Normandy during the early Middle Ages. Regardless of an increasing number of children attending bilingual classes, the language is still marked as ‘severely endangered’.

In The United States of America, in Louisiana, Mississippi and Oklahoma, precisely, 9,500 speakers use Choctaw. The written Choctaw language was developed in the early 19th century, supported by the civilization programme of the United States.

Recognized as a minority language in the United Kingdom, Cornish is a stronghold of Cornwall’s identity in England. Having unknown number of speakers left, the language had been classed as extinct in the past. However, owing to the revivalist efforts, its speaker numbers are currently growing.

As well as Cornish in England, Guaraní in Paraguay, Argentina and Brazil, has unknown number of speakers left. However, the language boasts a large number of non-indigenous speakers, a striking anomaly in Latin America’s linguistic landscape which is mostly influenced by European languages. Probably less familiar is the fact that words like jaguar and piranha are both loaned from Guarani.

Again, in Europe, there is another language in danger of extinction. Having 440, 000 users at its disposal, Irish/Gaelic needs to be dedicated more attention and better measures of treatment must be undertaken. Until the Great Famine, this language was spoken by all levels of society in both rural and urban areas. In 2007, Irish became an official EU language. Anyway, the languages having the most similar distinctions are Scottish Gaelic and Manx, spoken by the inhabitants on the Isle of Mann.

Taking Unesco’s data into consideration, there are 153, 602 speakers of the Kalmyk language in Russia. The language is spoken by a small minority of Europe’s only region where Buddhism is the most practised religion. Interestingly, the language of the Ewoks in the Star Wars film “Return of the Jedi” was based on Kalmyk’s unique phonology.

In Netherlands and Germany, there is Limburgian. However, its number of speakers remains unknown. The striking feature of the language is that its multiple characteristics coincide with German and Dutch, due to which the language itself is often regarded as a variant of either.

Aside from 3,500,000 speakers of Lombard in Italy and Switzerland, this language is considered a minority language. Taking into account that it is structurally separate from Italian, younger generations are considerably less likely to speak it.

Nafusi, in Libya, is estimated to be used by 240,000 remaining speakers. Mainly spoken in northwestern Libya’s Nafusa Mountains, it is regarded as one of the oldest languages in Africa. It may boast with the fact of the earliest appeared language, known as Old Nafusi, in manuscripts, which dates from the 12th century BC.​

North Frisian in Germany corresponds to 10,000 speakers left. Even in 1976, this minority language was classed as ”severely endangered”. In 2004, a state law recognised it as the official language of North Germany’s Nordfriesland district and Heligoland island.

In northern Europe, that is to say, in Finland, Norway, Sweden and Russia,  North Saami is spoken by as little as 30,000 people. This language belongs to the Uralic languages family and was first documented in the mid-18th century. Although being recognized as an official language in Norway and as a minority one in Finland and Sweden, it started being used in writing for administrative purposes only recently.

The indigenous language of North America, Ojibwe consists of a series of dialects bearing local names and local writing systems. Without any dialect considered the standard version, there is no individual writing system that represents all of them. It is spoken by 6,000 speakers in the states of Michigan, Minnesota and Wisconsin.

Spoken by 550, 000 speakers in Georgia and Russia, Ossete is mostly present on the northern slopes of the Caucasus Mountains. It is a part of the Iranian branch of the Indo-European family of languages, whose speakers can be found in North Ossetia and South Ossetia. The first region belongs to Russia, while the latter one is a part of Georgia.

Quechua is a language of Bolivia and Peru. Being a former main language of the Inca Empire, variants of Quechua are spoken by the population in the Andes and highlands of South America. In 2009, Quechua and several other indigenous languages were declared as official languages of the country. 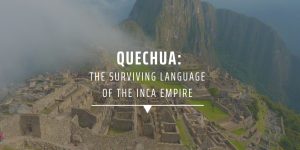 Venetan is used by almost 4 million people in Italy, Croatia, Slovenia, Brazil and Mexico. Its roots go back to the more common forms of Latin, and is deeply influenced by Italian. The city of Venice and north-eastern Italy’s region of Veneto are the places of Venetan usage. Not only in Italy, the language is spoken by communities in Brazil’s Rio Grande do Sul and the Mexican city of Chipilo as well.

Belgium, France and Luxembourg share a language known as Walloon and its 600,000 speakers. Due to the restrictions in the language’s transmission, a sharp fall in the number of users was brought since the middle of the 20th century. A gratifying fact is that a large number of associations are working passionately to keep the language alive, especially among young people.

Not only in Wales, Welsh is also spoken in Argentina and Canada by a total number of 750,000 remaining speakers. This language is a member of the Brittonic branch of Celtic languages. However, there is a variant of Patagonian Welsh, spoken in Argentina, in which the English long words in the the British variant are replace with Spanish.

Another language with unknown number of speakers is West Frisian, spoken in the Netherlands. Spoken mostly in the rural north, the West Frisian language is said to be the most closely related language to English outside of Britain. It has been mandatorily taught at every level of Dutch primary schools since 1980.

In Argentina and Bolivia, Wichi is a language restricted to unknown number of speakers. It consists of multiple variants such as Noktén, Vejoz, Wiznay and Matawayo. In Rosario, Argentina’s third-largest city, there are approximately 10,000 members of the Whichi community.​

Having in mind that these languages bring more diversity to the world culture heritage, it seems as an enough reason to put all the efforts together to save them and contribute to their being removed from the list of endangered ones and doomed to extinction eventually. But, what can get in the way to such an achievement? 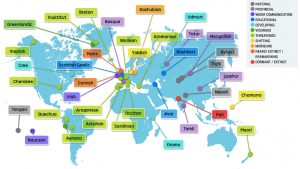 From all over the world, linguists are highlighting that the issue is not the lack of inspiration to act, but the lack of interest on the issue. Presumably, one reason why people are less interested is that they are more focused on keeping pace with the ongoing process of globalization. Wanting to be a part of the modern world, there are many young people who are getting more interested in learning languages used as means of communication with other people via the Internet. As a result, their native tongues happen to become lost to them.

With just a few speakers, it is reported to be a total of 473 endangered languages worldwide. Unless we seriously do something to save them, the world is going to go without not only languages, but histories and cultures as well. Every language is a pure gold to the world heritage because it expresses a unique view of peoples who are united by the same language. Languages exist to shape a culture, tighten the connections between the speakers, and develop our world of ideas throughout its own evolution. You probably do not want to live in the world where many cultures get deprived of its own uniqueness and treasure. Therefore, as much we tend to easily communicate with others, we must nourish and cherish our own languages. Above all, in these times of globalization threatening to devour every diversity, we must offer a helping hand to the members of endangered language communities to have enough ability and strength to retain its identity and keep their language and culture alive.

Is translation worth it for ecommerce?