Movie Localization – What You Need To Know 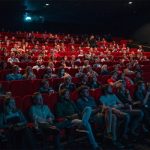 According to Hegel’s primal classification, there were five arts: architecture, sculpture, painting, music and poetry. Then, in 1911, Ricciotto Canudo wrote The Birth of The Sixth Art, introducing cinema or film was the sixth art. Later, he redefined his observation naming dance the sixth art and film the seventh art. Anyway, lovers and devotees of this art surely regard it as the first, one and probably the best kind of art of modern times. Such worshipers are familiar with the history of the film, the most glorious times of cinematography, its not so shiny moments, the faces that imprinted their talents and passion, giving it a form of life through the magnificent characters they lived and relived their lives through.

However, there are things that could escape the very observant and quick eye of  movie lovers. When talking about a less inspiring side of the move industry, the process of localization that movies go through is definitely one of them. The content content involving script, characters, takes, even colors, and figures are altered and edited in accordance with the destination where the movie will be streamed. In fact, the research process behind those modifications is of an essential importance to film localization.

As known, movies deliver messages through symbolisms, metaphors, and even jokes. Of course, when it needs to be adapted for a foreign movie market, other than the market where it was originally created, there must be something that surpasses a mere literal translation of the script. To convey the deeper meanings of films to linguistically and culturally diverse audience, there must be a process of changing a movies’ content depending on the culture of the country where they’re set to be released.

In order to adapt a movie for a totally different audience, there are several steps that need to be followed to avoid the message gets lost in translation.

Step One: The Plot

Successful story lines that are welcomed almost anywhere in the world are those   that do not get entangled in some features typical for a certain environment, but not the other. For instance, let’s consider movies that are dealing with high school scenarios. High schools differ from country to country, place to place. In addition, American schools are different from Europeans, Latin American schools, African or Asian schools.

However, some topics are typical and recurring in all high schools ever and everywhere. For example, plots that include adversities that would be interpreted as a problem by any culture are the stories which promise a success. The audience is sympathizing with a hero, following him on his journey full of danger and uncertainties. They mentally support him in his struggle between good and evil; while he is suffering due to the issue of a forbidden love, etc.

Romance and thrilling moments is much easier than setting a comedic plot. When come to closer interaction with another culture, people realize that humor is not the same everywhere, especially when the comic references have some sort of linguistic double meaning. Regardless of how playing with words can be witty, it will limit the number of people from other countries that can identify with the story. 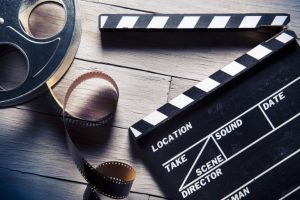 As soon as the content of the movie has successfully passed the “universality” test, words can follow, that is to say, the written content and script of the movie. In order to bring the character to life according to the script, it is of utmost importance to have a full cooperation with a consultant who is an expert in the narrative adaptation to the target country. For instance, an archetype may not be well understood and received by the audience because the references included were too specific.

Those movies that include the possibility of subtitles, the sound editing process might not be too demanding. On the other hand, it is a crucial thing for animated films. Completely understandable from children’s point of view, there must be a model of synchronization introduced to meet their needs. Since they will lose their thrill and enthusiasm if they have to spend the whole movie reading subtitles, sound management and professional voice-overs are a very important step in the localization process. Certain references cannot be understood by the youngest audiences unless they are very clear.

Even if the audience understands what is being said, it might make sense in general. Obviously, cultural factors have to be considered as well. When considering giving the audience a realistic context of events, tone of voice, cartography, and pronunciation are relevant as well.

What is significant is to learn about the target country. Being familiar with culturally important elements is a key to enable audiences to relate to what they are seeing on the screen. This will make them satisfied when leaving the cinema hall and instigate them to recommend the movie.

Losing coordination along the way is surely a dangerous risk. Since scenes have a beginning and an ending, they cannot be altered after the specific details of different countries have been included.

Moreover, the movie must keep its essence. This is the reason why the former stages mentioned need to be considered first. Time saving can be obtained by avoiding cutting scenes and excessive editing, which can be done through evaluating content and plot from a universal perspective. For example, action movies can include love scenes with religious and iconic temples at the back of the scene. The audience belonging to a different culture may regard such things as disrespectful instead of considering it as an amazing display. On the other side, editing those out might interfere with the length of a scene, therefore changing the cohesiveness of the plot. Anyway, a 4-minute fighting scene introducing a hero cannot be the same as the one that only lasts 30 seconds.

To make their future blockbuster an absolute hit anywhere in the world, some directors might bring a localization consultant directly to the set, who will impede any mistakes before irrevocable decisions are taken. 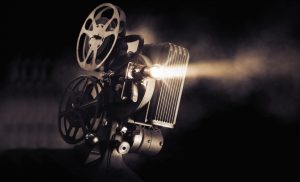 Even though listed here as the final step, it is far from being such. On the contrary, it has to be continuously carried on during the entire process of localization. Both the initial idea for the script and each of the following steps have to be evaluated. Basically, every line, costume, cast, even soundtrack has to be the result of market research in a single detail. Especially if the intention is for the movie to be localized for a worldwide audience, and the budget of the film is not so that it can afford to have entire teams working on adapting every piece of the film later, this process must be meticulously held.

A constant market research will provide insight into consumers’ behavior in the entertainment industry. It will obtain a valuable collection from what people enjoy watching the most and what they find funny to what is their economic context today, and more. Though a hard work to do, it may give inspection into whether and how much the movie will be profitable there.

Although today more than ever it is being talked about movie localization, whereas it has always been right here, in the movie business. There are some examples of localization in recognized films throughout the world:

What’s the Difference: Translation and Localization

Get Localization is shutting down on May 31