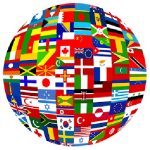 Nowadays businesses are globally being dealt with, which causes a high demand in employing multilingual staff. Knowing at least another foreign language has always been an asset, even centuries ago, but today, more than ever, it brings a range of advantages to the speakers－from making everyday life more comfortable to better employment potential.

Over time, languages have changed their scale of importance and demand, depending on the number of speakers, political and economic influence and leadership on the global map. Hence, Latin once was the most significant language of the world, or, at least, within The Roman Empire and territories closely connected to it. Then, it simply vanished from the global scene, together with The Empire’s downfall, and it remained lingua franca of medicine and law until the modern times. On the other hand, in other parts of the world, like India, the most crucial language among the myriad of linguistic diversity, was Sanskrit－the cradle of all modern European languages.

Anyway, the knowledge of any language is significant and brings more value to the cultural and educational background of an individual, and it varies over time. While some languages are most welcomed in science, they may both coincide and differ from the languages most appreciated in economy and market development. So, what are the most important languages to learn these days and makes them desirable?

As much as some people can decide to choose a language to learn based on the popular TV show, an interesting insight of another culture or simply because they like the sound of it and believe they have a super talent for learning this kind of language particularly, other learners do not give much credit for romantic or enthusiasm driven reasons. They think practically trying to invest in their language skills and, therefore, choose languages spoken by the largest number of people. Where there are numerous speakers, there is an increase in industry and business, which leads to the global demand for the certain language.

If you want to travel to a specific place or a country and spend some time there, you may want to learn a language spoken in that region. On the other side, if you are looking for a language which is widely spoken, you may make a decision in favor of English, Spanish, French, even Portuguese and Dutch.

When people pick a language, they have in mind the possibility to use it both at home and abroad, both business and social interaction. Especially if the language requires effort and extra time to learn, learners will consider how much gain they can have in the future.

Depending on the region or the country your company is doing business in, you should focus on that particular language. In the United States of America, Spanish is the most important second language, whereas if the business you are developing is closely related to Europe, then, besides Spanish, Italian, French and German would be the right choice. In Asia, the perfect languages to learn are Chinese, both Mandarin and Cantonese, Japanese, Korean and some of the many languages on the Indian subcontinent.

The most important languages to learn in the 21st century

With more than 375 million people native English speakers and political and economic influence of the British Crown in the last few centuries together with The United States of America, English is today the most spoken second language in the world. What Latin used to be during the reign of The Roman empire, English is today. Being omnipresent globally, it can surely be regarded as the mother tongue of the internet and computer technology, as well as the the language of international communication both in social context and in business. Besides the UK and US, there are also Australia and Canada as two of the ten  biggest economies in the world. 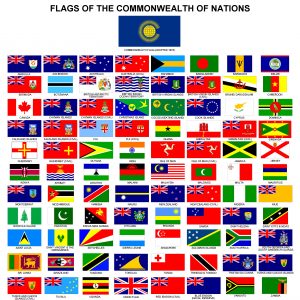 With more than one billion Mandarin Chinese speakers over the world, no single language can surpass this one. Since there are so many speakers, the market is lavish as well, so this language is the perfect choice to stick to. In fact, China is becoming more and more influential both in politics and international economy, and will emerge as the world’s leading economy in the decades to come, therefore this language certainly deserves a place among the most important ones.

Whereas Chinese is a widespread language thanks to the greatest number of speakers, Spanish is one the most widespread ones due to the colonization and new nationalities that emerged from the sea of the Spanish conquistadors’ reigns in Central and South America. Basically, speaking Spanish means an individuals has open doors to careers related to Spain in Europe, Mexico, Cuba, Porto Rico, Jamaica, Honduras, El Salvador, Belize and Panama in Central America, whereas their linguistic skills can find way to Argentina, Uruguay, Paraguay, Venezuela, Colombia, Peru and Chile. Spanish is spoken by around 330 million native speakers in more than 20 countries, while more than 420 million use it at least as their second language. Even in the U.S., with around 35 million people who use Spanish at home.

Since Germany has been Europe’s most dominant economy for decades, its language is justifiably the most spoken in Europe. Having 105 million native speakers, as well as 80 million people around the globe who use it as their second language, German is the most useful language of the international business and economy. Even though it may sound rather serious and authoritative, it perfectly reflects how these people are disciplined and determined to keep the position of one of the global powers. The first thing a person notices when starts learning German is that they just need to follow certain rules in pronunciation unlike English. Secondly, the language, rich in details and inflection, is very precise. Regardless of how long a word can be, when you say it, the listener knows immediately what you are hitting at. This language avoids descriptive meaning and extensiveness, it rather relies on blending to preserve its linguistic economy and focus. 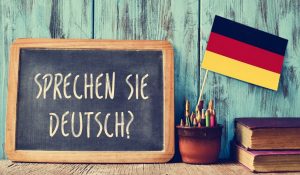 Upon mentioning French, the first association which strikes someone’s mind is “mon cherie, Je t’aime”, French perfumes and eventually a kiss. It is undeniable that French is one of, if not the most soft spoken and seductive languages in the world. This language of love, has been an international, diplomatic language for centuries. Although its domination has been overtaken by the United States, it is still a popular destination to travel and a powerful contestant in international business affairs.

Another language with numerous speakers globally is Arabic. Historically speaking, it started as a nomadic language, spoken between tribes, whereas today it is the official language of the whole Muslim community and the Arab League which consists of 22 countries. Members of the League are: Algeria, Bahrain, Comoros, Djibouti, Egypt, Iraq, Jordan, Kuwait, Lebanon, Libya, Mauritania, Morocco, Oman, Palestine, Qatar, Saudi Arabia, Somalia, Sudan, Tunisia, United Arab Emirates, Yemen and Syria which is suspended due to the war happening there. Obviously, diversity of countries make this language highly demanding in economy, business and purpose of travelling to popular destinations like Egypt and United Arab Emirates. 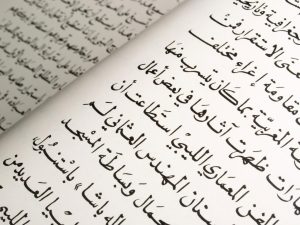 Aside from millions of native Russian speakers, this language is widely spoken in the former Soviet Republics like Armenia, Azerbaijan, Belarus, Estonia, Georgia, Kazakhstan, Kyrgyzstan, Latvia, Lithuania, Moldova, Tajikistan, Turkmenistan, Ukraine and Uzbekistan. Not only that, it is the second language of the highest percentage of internet content, and the leading internet content in Europe. What it actually mean is that Russian is one of the most important languages to learn in order to be able access the huge pile of information that Russians feed up the internet with and be more successful in business.

Being the official language of countries in Europe, South America, Asia, and Africa, and thus spoken all over the world, Portuguese is extremely popular language which popularity has been increasing day by day. However, Brazil is coming to the international scene as one of the world’s newest economic powerhouses, so there is a rise in learning Brazilian Portuguese version. On the other hand, both Portugal and Brazil are popular and interesting travel destination, so the reasons for its learning is multiple.

Due to the country’s economic strength and influence, Japanese is one of the most significant languages both in Asia and around the world. There is around 127 million native speakers of Japanese and one more million who use it to some extent. Even though Japanese is not spoken widely outside Japan, it is important to know it if you are dealing with information technologies and modern industry in general. When learning it, it may seem difficult to comprehend its symbols at first, but it is not much more demanding than many European counterparts and it is a good start to get introduced to Chinese and Korean as well. 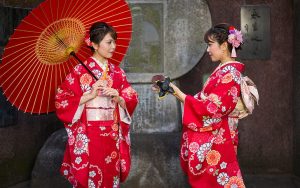 Undoubtedly, Hindi is the language of the future. Numerous speakers are not the sheer reason to learn it, but the fact that India’s increasing economy and the place it is slowly taking in the global financial power. Among various languages spoken on the Indian subcontinent, Hindi is the most spoken, so, deservedly it stands as a representative of the official language of the Indian economy and business share in the world.

In this case, number of the speakers worldwide does not play an important role. However, the country where this language is the official one, is enriched with arts, culture, and history. People are encouraged to visit this country due to plenty of world heritage sites located in Italy. We must admit that speaking Italian sounds like an adventure in the city of Rome, Florence or Sicily. Moreover, acquiring Italian will open doors widely to learning other romance languages. 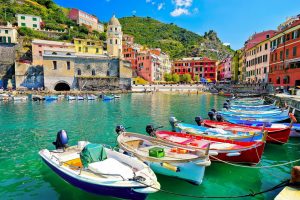 The economy of South Korea is being developed in fast pace, which provides the reason to get down to learning its language. As the characters of this language are phonological, Korean is entertaining to learn. It means that the shapes are similar to the shape of the mouth of the speaker when producing the sound. Furthermore, the Korean writing system is unique and makes the language an easy to adopt.

Are Dying Languages Worth The Saving?