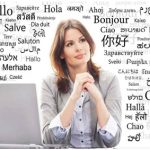 It is important to emphasize that academic texts play a remarkable role in the lives of people around the world. Unlike any other documents, academic works correspond to a diversity of genres, styles, and purposes. The span goes from theoretical to technical; from liberal arts to the top scientific questions. The purpose of these texts is to form and mold thought and extend imagination challenging it to reach beyond the known postulates. Furthermore, they are essential to bring inspiration and knowledge to the audience seeking to read and educate themselves through such a form of work.

It is the core of an academic text to be a reflection of some serious challenges for translators, involving many more complex questions in certain fields more than in others. Therefore, in these terms, it is allowed to say that academic texts are in a league of their own.

Aside from the variations in style only, the content is just enough to be demanding and a big bite to swallow. For example, the content of academic works in hard sciences such as physics, chemistry, geology, etc., are highly technical in nature, but these concepts are predominately universal and do not vary based on region or language. There is a certain glossary of the given field and the notions mostly match across the languages. However, literary fields are more ambiguous. Filled with colloquialisms and metaphorical language, it is often very hard to painfully challenging to convey the author’s message from one language to another. In fact,  subject matter that makes sense in one culture may be completely lost on another, so the translator must be deeply familiar with both languages concepts and find the best corresponding solution. Moreover, social sciences invoke more challenges. Hence, topics that cover ideologies and concepts varying with time and place usually mean something totally different or does not coincide mutually in high percentage from one country to the next.

What should be known first is that there is not a single list of all the challenges a translation service faces when preparing an academic text for translation. On the contrary, many questions must be given answer to prior to verge of preparation.

If answered properly, these questions will define the extent to which machine-assisted translation systems can be applied during the process of a document translation. In fact, Cat services can be more beneficial if the text is more technical or universal the text, due to the pattern the follow from the previous similar documents. On the other side, texts relying on less lexical standardization and clarity are not as well suited for this type of translation service, because they require more personal approach and experienced approach.

In addition, many texts in the social sciences pose special challenges since they often deal with terms, ideas and concepts that are understood in a single region; they are understood during a particular period or highly contrast in meanings within conflicting cultures. What it means is that many times occurs that the standard adjustments made to localize a document and create cultural relevance are not applicable to these texts.

Another temptation is the possibility of imperceptibly slipping into modernizing a text which must not me submitted to such a change under no circumstances. This may happen when dealing with history or past eras－putting modern concepts, ideas, beliefs, or even lexical and grammatical items could be considered anachronistic.

What is the desire or most translators is to their documents be read like an original document, but academic texts often do not provide this kind of luxury. Perhaps only in academic translation is allowed or even desirable that the translation sound just like what it is－a translation. Having in mind that the nature of academic texts often is there to educate the target audience reading the document. So, it is upon them to adjust and adapt themselves to the text in order to learn and stay informed about the notions and the concepts of given topic.

Notes to Consider Prior to Translation

Prior to the translation of an academic text, there are a numerous things you need to consider which is irrelevant to other translation services.

The rights to translate the text: In case the work is already published, a contract with the publisher might be needed, as well as an assurance about whether all publication rights are secure both just in your home country and internationally.

Terminology: A decision on which choice of words, phrases, and concepts to employ, whether to localize or preserve them as they are even in the target language. When it comes to the modernization of text, similar approach must be taken which is always unique and applies to each case individually. As technical jargon, abbreviations, and similar may appear in the document, a choice must be made whether they should be footnoted and explained, transcreated, or transliterated.

Subject matter: A specialized subject matter requires translation service be delegated to translators with expertise in the subject field. Familiarity with the language field ensures that words are meticulously chosen and applied. For example, the word “vector” has a different meaning to a biologist, a physicist and even the a social scientist. A literary text may choose any of the above based on the content of the story. 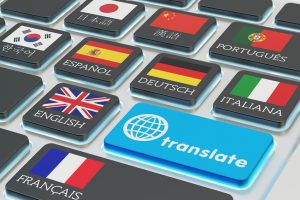 Syntax: Most translation areas give translators the freedom to make adjustments according to culture and localization needs. However, this can be very damaging to the content in academic texts. Plenty of authors do express their emotions and intent as much through syntax as they do lexical selection and terminology. Regardless of how long flowing sentences may not be favored in English, breaking up a longer sentence from a different language to adjust it to the English language style and practice during translation may destroy the spirit of the message and bring disastrous consequences.

Ideology: In the nature of academic texts is to share a viewpoint, teach a concept, or promote thought, no matter how often these concepts may cause ideological conflicts. In most translations, the globalization and localization of texts would alter information to limit cultural conflict and avoid offense.

English as a Lingua Franca

Since academic translation is one of many disciplines behind the international exchange of knowledge, however, there is a question arising for itself－could the need for translation be eliminated by adopting English as a lingua franca? Or, could artificial intelligence replace academic translators in the future?

Like Latin once was the lingua franca of the Medieval times, willingly or not, English is already regarded as academia’s lingua franca of the modern society. Furthermore, researchers in most Western European countries are far more likely to publish in English than in their native language, knowing that their publication will reach more audience and echo further than the borders of their home country.

Apparently, this is the good news, but, when closely inspected, is it that much favorable? On the other side, the dominance of English can prevent certain local scholarly discourses from ever getting the attention they deserve. What about non-English speaking scholars? They might be fluent even in their field of research, but how well can they actually display their new ideas and discoveries when, in such terms, people can be limited even in their own language let alone a foreign one? So, what usually happens is that, in order to be accepted for international publication, non-English speaking scholars often have their production “domesticated” to match pre-existing trends and customs in English-speaking academic traditions. Thus forced to write in English and conform to the rhetorical patterns of the language, their knowledge can be lost in the process. 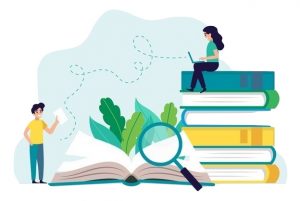 Can Machine Translation Do the Trick?

However, the notion of excluding the human factor from translations is still very unlikely. Translation machines are capable of translating texts with a 60-90% degree of accuracy, which does not prove the consistency of these results. Practically, the inputs with which the model can be trained with is only a sentence long. It literally means that the source text sentence can be translated with 60-90% accuracy, which fails to create cohesive paragraphs and documents. Usually, a neural network might translate a certain word in three or four different manners throughout a text, therefore this terminological inconsistency can become highly detrimental and dangerous when dealing with scientific papers. The good thing about most machine translation technology used in professional settings nowadays produces “pre-translations”. Basically, those are are suggestions provided for the translator to take or discard, so it makes the linguist’s work a little easier – giving then a chance not to put too much effort in typing what they already know, only to check the provided solution and adjust it.

The Qualities of a Great Academic Translation Specialist

An academic translator has not only a great knowledge of both the source and the target language and the terminology abundance, but enough preexisting knowledge of the area itself, in order to be able to deduce ambiguities and come up with the correct equivalent in the target language. These experts should be familiar with the area of study at hand, and the context of production of the academic paper in question. Since it is not enough to know what the paper is about, a translator should be able to properly transmit that information in another language, which demands a particular skill set. And, in the end, such professionals, with all the knowledge they have at their disposal, should be so excellent that they can train a newbie and clearly teach them the mistakes they must not allow themselves in this job. 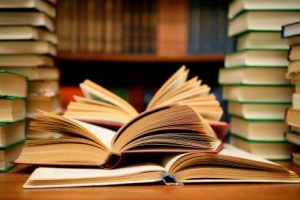 Esperanto Language – Who Actually Speaks It?