Access-A-Ride: We Make it Better but They Tell Us the Contrary 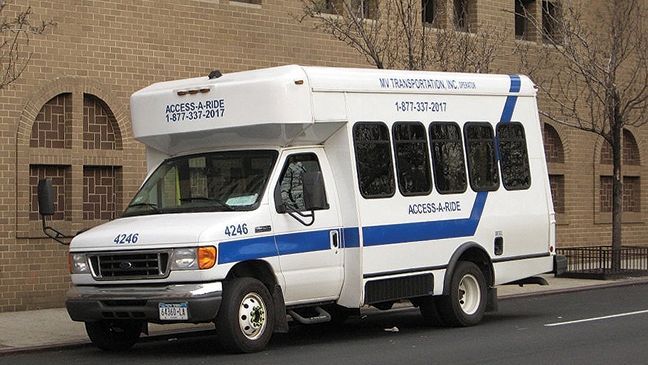 The notorious Access-A-Ride (AAR) service for helping people with disabilities traveling within NYC has recently received many complaints about the quality of their services. They constantly make significant improvements to the system, but in fact it turns out that complaints only grow. What are the reasons for this dissonance?

In recent years, scandals around the AAR have continued to grow. According to the statistics, the number of rejected applications in recent years reaches about 15-20%. People are astonished at the advantage of a service that cannot be used.

It is not difficult to figure out that some procedures that complicate the selection process and its existence as a whole are connected to the budget issues. There are people for whom such a service is the only hope for any life outside their home or a hospital. However, such procedure may sometimes not be entirely objective, as a result of which many applicants are refused and speak of unequal or overstated requirements.

Several months ago, MTA has been actively called to nominate an ombudsman to monitor the processing of complaints about the use of the service. The reason for this had become that almost half of all passenger pickups had been delayed, not to mention more serious statements that should be sorted out in detail, such as “fear for owns safety”.

To become a client, you need to go through a certain procedure. After submitting an application, it will be reviewed within three weeks. Not too fast, especially if there is a need to take advantage of urgently. However, when it is confirmed, you can find obvious privileges, for example a flexible schedule of the service 24/7 365 days a year and four free trips per day by public transportion, including the subway.

Nevertheless, the main advantage of the service is the ability for the clients to make a schedule and route of trips, a special bus picks them from the pick-up point and delivers to the final destination. For that the client has to go at least four times a week at the same place. The price for the passenger himself is the same as the cost of regular public transport. Sometimes people with disabilities may need a personal assistant, however, payment for the registration and riding of such a passenger is not charged.

This service has become available to New Yorkers after the trial because of the fact that people who are not proficient in English cannot use the service. The service was designed specifically for people with disabilities to give them the opportunity to safely move around the city, especially when they are in desperate need. However, people with little or no knowledge of English often did not manage to use the service, because they could not even inform the driver where they are going to and draw up their own documents.

In 2014, five women filed the case against the service in this regard. The affair ended successfully for them so this translation service was implemented. Now, everyone who is in need of a translator during the ride can get one easily and also will be helped with the formalization of all the documents.

Moreover after the trial, this opportunity was implemented at almost all stages of service interaction with customers: city offices, voice menu of the hotline, call center, review forms and feedback.

To sum up the service with slow but sure steps tries to increase usability and simplicity of applying. So, let’s say, the implementation of the translation service, reducing the time for consideration of an application – from three to two weeks in the past few years. And by 2020, the MTA promises that the entire bus fleet and 100 key metro stations will be fully accessible for people with disabilities.

Translation for the Internet of Things