"Four things that make it difficult to translate between English and Arabic" posted on 6/29/2020 at 1:03 PM by publisher.

The everlasting problem of any translator in the world is how to convey the message expressed in the text of a language they are translating from to the language they are translating into, in the same style, tone, manner and essence. It is allowed to a translator to sometimes keep the meaning with slight changes in the tone. But, in certain fields of expertise, the translator’s skills are put to an immense test how to transfer the original meaning and style of the source language to the target one.

This trouble emerges when it comes to literature. Fatma Naaot, an Arabic writer and translator, faced this kind of a dilemma when translating Virginia Woolf’s stories. Having this tricky task in front of herself, Fatma wondered if she should communicate the core of Woolf’s work or the style. Both are important. She embraced the second one. The reasons of why this obstacle is so challenging to overcome will be presented. 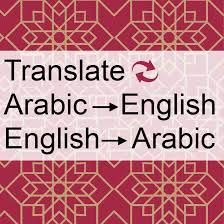 The beauty which the translation provides both the translators and the audience with is the possibility to enter the realm of another culture－the culture that is so often different from ours. A similar thing happens between the English culture and language, and the Arabic.

What if a single English term is impossible to replace with an Arabic one? Or, an Arabic one with just one English word? There is no other way for a translator than to use more words, syntagmas or even sentences in order to explain the problematic term. When it comes to Arabic-English direction of the translation, the Islamic terms are those giving a headache. Here is an example! “Hoor Al-Ayn” is an Islamic concept in which “Hoor” is the intense whiteness and deep blackness of the eye. “Al-Ayn” means “eyes.” When combined together, the whole term (“Hoor Al-Ayn”) relates to pretty virginal women with beautiful eyes who will be a reward for martyrdom or good deeds done in a lifetime. As you can see, with the lack of the equivalent term, the translator is often obliged to explain the facts behind the term, rather than translate it literally with no sense or clarification for the audience whose culture and tradition is not familiar with a similar term of any kind.

One more thing, the richness in words can be another obstacle hard to surpass. A translator may have to translate a 2,000 word Arabic document. The same document can be translated into just 1,500 English words. This is due to the so called “fertility” of the Arabic language. In other words, it has many ways to express the same idea and, therefore, make sentences longer.

Differences within Arabic culture itself

In the records of UNESCO, Arabic is noted as a language spoken by more than 422 million speakers in the whole Arab world and is used by more than 1.5 billion Muslims usually for religious purpose. Like any other language with the massive number of users, Arabic also has many different dialects which can be wrongly interpreted as different languages. Not only that disparate dialects are spoken in the countries, but within the same country as well! Here is an example of Cairo and Alexandria－two cities in Egypt. The residents of Cairo say “fetert”, which means “I ate my breakfast”. On the other hand, the residents  of Alexandria pronounce this “fatart”. Under any circumstance, the word is slang. It has been chosen only to prove how heavy burden Arabic translators have to carry. 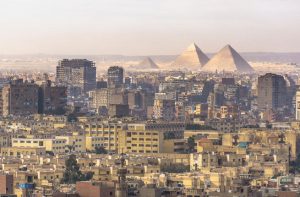 Arabic letters with no equivalents in English

While The English alphabet contains 26 letters, the Arabic alphabet has 28 letters. Here is the connection, you would think, but no! This is just an illusory observation. Quite the opposite, there are some Arabic letters that have no equivalent in English. The discouraging thing is that these letters are impossible, or almost impossible to pronounce, because some of them have special tones which are not characteristic of any other language. This includes (غ), which is substituted by (gh), and (خ), which corresponds to (kh).

This is the reason why Arabic names are difficult to write precisely, using English letters. Do you remember the name of the abovementioned Fatma Naaot? Let’s try to write her name. The “aa” part is the standard method to even come closer to the (a) sound and make it look like the Arabic letter (ع). The letter (ع) is uttered from a deeper spot in the mouth than the English equivalent (aa). Obviously, the articulation of these sounds differ a lot. So what choice do poor translators have? Surely, not much. Probably the only choice they have left is to pick the letters of that best resemblance to the Arabic sounds. 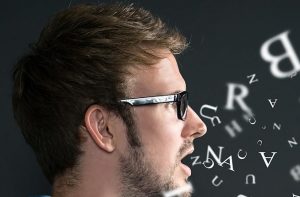 Having to shift the way of thinking

This is the hurdle many speakers of foreign languages have to jump. If you want to speak a language fluently, you have to conceive ideas in the target language. The same goes with the Arabic speakers of English. They keep the concept of their native language in their heads, trying to just convert it into English, but these two mindsets are distinct. Phrasal verbs and prepositions may serve as the right example to support this statement. An English sentence like this one, “I think of/about something/someone” , is most closely to “I think in something” or “I think by someone” in Arabic. 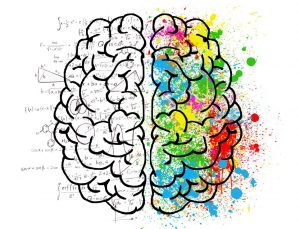 As funny as it sounds, these mistakes are by no means justifiable. They may be a laughing matter in the course of language learning, but they must not remain vivid in terms of professional translation tasks.

Contact us at Translation Services USA, we work strictly with highly qualified translators.