"Russian Interpreting: Differences Between the English and Russian languages" posted on 7/7/2020 at 1:37 PM by publisher.

Although English and Russian both belong to the Indo-European language family, these languages are not parts of the same branch. Whereas English originates from the Germanic branch, Russian comes from the Slavonic branch. Accordingly, Russian is more similar to the languages like Serbo-Croatian, Czech and Polish, which belong to the Slav languages.

During the USSR, Russian was spoken by more than 150 million speakers in Russia alone. Even today, when geographic maps are altered and the USSR does not exist anymore, the Russian language is the eighth most spoken language in the world, with more than 250 million users.

Countries Where Russian is Spoken

One of the official languages of The United Nations is The Russian language. Not only is it official in the Russian Federation, but it is official in Kyrgyzstan, Kazakhstan and Belarus as well. Under certain circumstances and in some parts of the country, this language is used in Mongolia and Israel, for legal purposes.

The bordering or nearby countries like Azerbaijan, China, Estonia, Georgia, Latvia, Lithuania, Moldova, Poland, Romania, Tajikistan, Turkmenistan, Ukraine, and Uzbekistan are locations where Russian is widely spoken, mostly due to the fact that these countries once were republics within the former USSR. 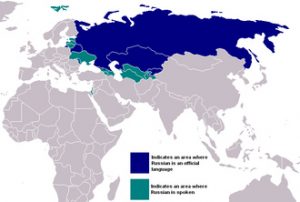 Some Facts about the Russian Language

If you are an English speaker and you are eager to learn Russian, you may find it one of the most difficult languages to learn. Aside from this obstacle, there are some really amusing features, reserved only for the Russian language:

Differences Between English and Russian

English and Russian differ in many linguistic aspects of which grammar and alphabet are the most distinctive.

On one hand, the word order in English is fixed and established, with slight changes that do not compromise the meaning of the sentence. On the other hand, there is Russian, which allows changing word order in order to convey the desirable meaning. Sometimes, changed word order will not have an impact on the meaning of the sentence. It will rather make it more interesting or more intelligent. In other situations, the alteration of the word order will only emphasize certain element of the sentence and thus the message will suffer changes only in terms of the specified element, but not the meaning in general. Alterations can also be achieved by adding suffixes or prefixes or through inflection. The conclusion that is being imposed to us is that Russian can be challenging and difficult to learn, but more playful than English.

Compared to Russian, English has fewer cases and they are not as distinctive as in the Russian language. A noun’s case determines the role that it will play within the sentence.

Whereas in Modern English, three cases such as subjective (she/he), possessive (hers/his) and objective (her/him), can be found, Russian has six cases:

Unlike English, which does not require inflection or affixation due to its various perfect tenses, progressive forms and auxiliary verbs, this is not the case with the Russian grammar. Lacking all mentioned, Russian needs to rely on its concepts of complete or incomplete action. 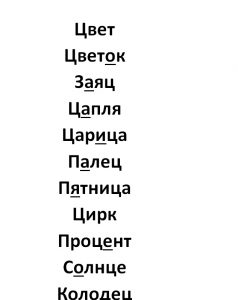 Another distinctive characteristic of the Russian language is noun gender. There are three of them – masculine, feminine and neutral (neuter). The noun gender is very important feature. Knowing it, you are capable of using it correctly in a sentence, because it influences the declination of that noun or the conjugation of the verb form which corresponds to that particular noun. For example, a noun of a feminine gender cannot have the same declination as a noun of a masculine gender. An extenuating circumstance is that the noun’s spelling denotes its gender.

Here are the endings to ease the noun gender determination:

It is essential to memorize the genders of nouns, since it will deeply impact their further implementation. 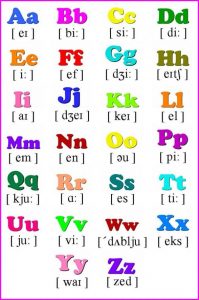 English and Russian do not share the same alphabet. Unlike Serbian, another Slavic language, which has both Cyrillic and Latin scripts, Russian is written only in the Cyrillic alphabet. It is in disposition of 33 letters. To certain extent, sounds represented by those letters coincide with some sounds of English. Although they can be similar in sound, they much differ in writing. 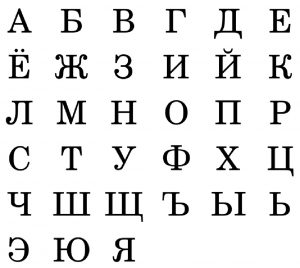 The Russian language has five vowel sounds which do not differ in length. Contrary to Russian, English has 12 vowel sounds－7 long and 5 short sounds, with the 8 diphthongs as well.

Therefore, it is difficult for Russians to pronounce words starting with W, since it is softer than V, or differentiate between words which only differ in long and short vowel forms.

Not only initial W is hard to pronounce, and sounds more like V, but variants of “th” may also be perceived as a huge obstacle to overcome. The /ð/ and /θ/ sounds require a more delicate approach and therefore words containing them can be tricky and challenging. In addition, words ending with “ng” consonants or nasal /ŋ/ are very strongly pronounced among Russian speakers.

As familiar, English word order can be shifted within a sentence, but not as much as in the Russian language. Whereas Russian word order can be more fluent and thus easily manipulated without changing the meaning of the sentence, English cannot adhere to this. In favor of Russian word order fluency are its cases by which a speaker can understand the final message. At first, this feature is hard for English speakers to comprehend and accept.

A similarity between English and Russian reflects in the fact they both have words with several meanings and several words of the same meaning. However, there are Russian words with no equivalents in English, which complicates translations between these languages in both directions.

There are only a few prepositions in Russian, but they have multiple meanings. Although some prepositions in English can also be prepositions of time, place, manner or even frequency at the same time, it does not make Russian prepositions easier to learn. English speakers who are accustomed to more precise description of the locations, can be puzzled with these various forms of the same preposition.

After all, there is some good news in terms of differences between English and Russian. If you learn both languages and you are not fond of irregular spellings and homonyms, relax! The Russian language is deprived of such phenomena. Russian spelling is simpler and easier as it’s phonetic and intuitive.