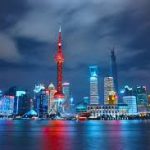 China is definitely the largest country in Asia, with a total area of 9,596,961 square kilometers, and is famous for many cultural and traditional diversities. One of such diversities is the Chinese language as well.

How many languages are spoken in China?

With such vast population, it is expected that various languages are spoken in China. According to some research, China has 302 individual living languages, among which, there are 276 indigenous dialects. When talking about this subject, both terms are correct and can be interchangeable due to the characteristics of Chinese. On April 20th, a manifestation is celebrated in honor of China and its bountiful linguistic and cultural diversity. This day is established by The United Nations as Chinese Language Day－one of six official languages of the international organization.

Coincidentally or not, the international manifestation also happens on the very important holiday in China. On this day, Chinese people cultivate memories of Cangjie, an imaginary figure in Chinese folklore, which is believed to have invented the Chinese characters. On the day when they were invented, the ghosts and gods cried unusual tears－the tears of millet which rained profusely.

As the Chinese culture abounds in legends, so does the Chinese language in linguistic terms. First of all, we need to make a clarification about terms “language” and “dialect”. In other circumstances, dialects would be subcategories of a language, but not here. The linguistic categories that are going to be discussed, sometimes will be referred to as both languages and dialects. In other words, these two terms are going to be equal in this text. How is this possible? Only due to political reasons can these so different elements of linguistic creation be equalized, whereas, they should be perceived as languages.

The Chinese language－all forms, dialects or languages spoken on the large territory of China, belongs to the Sino-Tibetan language family. Probably the most recognized form is Mandarin Chinese or Pǔtōnghuà, the country’s official language since the 1930s. 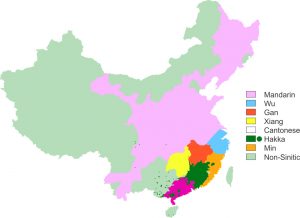 How did Mandarin Chinese become the official dialect?

For long time were various dialects used in China in different regions without the standard dialect established. Only then, in 1949 did the government support the idea of having a standard language which will be taught in schools and used for all official purposes. The common language, which Pǔtōnghuà basically means, was implemented in 1955. While hundreds of characters had to be simplified, some had even been abolished.

The Chinese language and its many dialects

If linguists are to be trusted, there are seven (or 10) main groups of Chinese languages. Of course, Mandarin, with its subdivisions, is the largest of them.

Why are there so many dialects in China? Many autonomous regions had their own course of development as well as the languages spoken within that part of the country. Some regions are next to each other, so the dialects may have influenced each other more. It usually resulted in mutual understanding between two speakers from a nearby region, despite different accents and pronunciation. Often, such speakers cannot speak the dialect of that region, but they can understand their interlocutor.

If two regions, from completely different parts of the country, are taken as examples, it is easily proven that their dialects have never interfered, which reflects in impossibility of mutual understanding. In further text, diversities of the seven major groups will be displayed.

The major language, as well as the official one, is Mandarin Chinese, also known as Northern Chinese. The mentioned dialect can be referred to under other names like Standard Chinese, Beijinghua, Zhongguohua and Beifang Fangyan. A little over one billion Chinese inhabitants speak Mandarin as both first and second language. There are four subdivisions of Mandarin Chinese:

Mandarin has four tones－level, rising, high rising and falling. Different tones indicate different meanings. The tones determine the syllables. By determination of the syllables, the meaning of the word becomes  distinguished.

2. Wu
The Wu dialect, also known as Wúyuèyǔ, Goetian and Changzhou, is spoken on the coastal area of Shanghai. It is used in some parts of provinces of Zhejiang, Jiangxi, Jiangsu, Fujian, Anhui and in the city of It spread from Suzhou area since the 5th century. The main characteristic of the dialect is the preservation of the initial voiced stops and seven or eight tones. 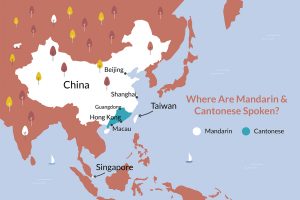 The Yue dialect is also known as Cantonese, Yueyu, Yuet Yue and Yueh. It is used in the provinces of Guangdong, Hunan and Hainan and Guangxi. Yue or Cantonese has 10 sub-dialects whereas Guangzhou variant is the standard. Apart from Mainland China, this dialect is spoken in Hongkong, Macao and some parts of the Hainan island. Even more, Cantonese can be found in foreign countries like Singapore, the Philippines, Malaysia, Indonesia, Thailand, Vietnam and Australia. The main features are six tones and fewer initial consonants.

4. Xiang
The predominant dialect of Xiang is influenced by Mandarin Chinese. This language is divided into New Xiang, spoken in the capital of Hunan, Changsha, and Old Xiang, used in other Hunan areas. The old variant of Xiang has some features in common with the Wu language－five tones and more different initial consonants. 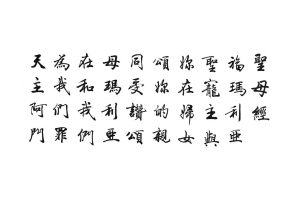 Min is primarily spoken in the province of Fujian, but in many parts of Taiwan, Hainan, Zhejiang and Guangdong as well. It consists of five major variants: 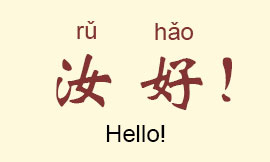 The approximate estimate of 43.5 million speakers in China and the total of 48.5 million speakers including other areas worldwide. The presence of Hakka is noted in the northeastern and eastern parts of Guangdong province, especially in south Jiangxi, Hunan, Hainan, Guangxi and Fujian. The western and southwestern parts of Sichuan provinces can also be hosts of this dialect, so to speak. Brunei, Cambodia, Hong Kong, Taiwan, French Guiana, French Polynesia, Indonesia, Malaysia, Panama, Suriname, Singapore and Thailand are the places outside China where the dialect of Hakka is not at all unusual. Among its speakers, the Chinese immigrants to Indonesia, Malaysia and Thailand speak Hakka. The same as Cantonese, Hakka has six tones and is similar to Gan.

In the text, the seven major groups of different Chinese languages have been presented. As proven, all of them are specific for some reason or feature. Or both. Some have different historical development; some lack characters. Others have four tones or six, or even seven. Even more, these unique dialects have diverse sub-dialects, and even sub-dialects can be divided into various sub-languages. All of this makes the Chinese language one big colorful mosaic consisting of plentiful, vivid tiles and pebbles, adding to the rich cultural heritage of the world.

For official purposes, there is Simplified Mandarin, used in Mainland China as well as many areas overseas. On the other hand, places like Singapore have developed its own style and vocabulary. Although Simplified Chinese, Mandarin Chinese or Cantonese Chinese are the most required languages in translation pairs worldwide, there is a demand for other dialects from time to time－often as linguistic database update or data collection. Anyway, what do the various dialects and sub-dialects offer as a conclusion? If you deal with any of them, for any reason at all, is essential that you work only with a professional translator of that particular dialect who is desirable and recommendable to be a native speaker.