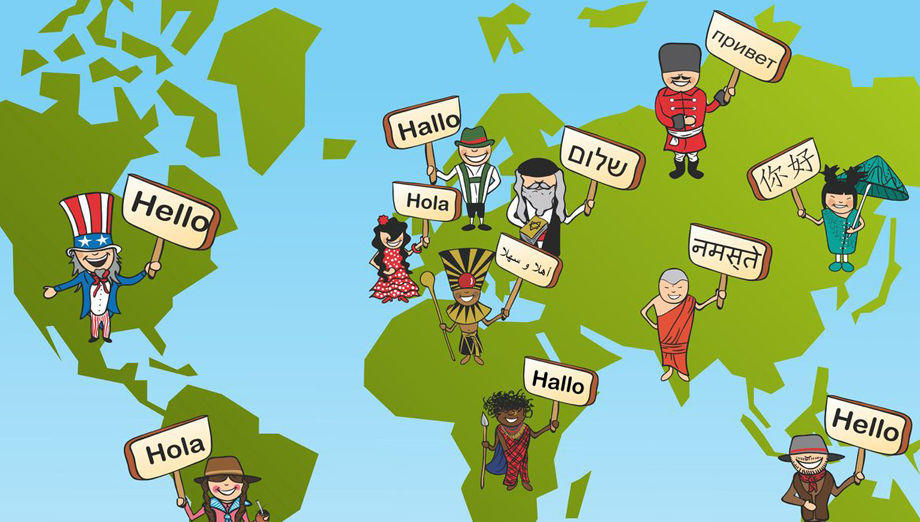 Have you ever wondered how many languages people speak on our planet and why there are so many of them … From this day according to the estimates of linguistic scientists, there are about 7,000 different languages and about 2,000 of which have no more than 1,000 speakers. The most popular language is Mandarin Chinese, there are more than 1.2 billion people speaking this language. Some of these languages have 3-5 dialects, each of which differs significantly from the other.

Languages are not evenly distributed around the globe. For example, almost one-fourth of the total population of the world speaks Chinese which we have just mentioned. The other example is Vanuatu archipelago (South Pacific Ocean), which includes about 80 islands and has about 250,000 inhabitants and they all speak 110 languages. The continent of Africa has about 1.2 billion people who speak about 1,500-2,000 languages (no one knows how many exactly). We can see that it is the same number of people that speak only Chinese.

How did such uneven language groups form and what is the reason for such diversification?

In fact, even in the era of the research boom and the availability of various technologies, however, mankind does not have exact answers to these questions. A lot of independent research was initiated at different times by scientists around the globe  but no one has ever succeeded in revealing any clear pattern of the formation of the language population. . The biggest stumble block of those studies was the fact that sometimes studying current correlations doesn’t  help to determine the cause-and-effect relations. So most of the questions remained unclear, at least not completely clear.

The result of those studies also vary from one to another due to a geographic, cultural and historic data. For example in some regions one language dominates over another as a result of past wars or colonization. In that case it becomes pretty difficult to split all the groups speaking in different languages by some factors, including a fact of a past war, and compare them with the group of another region where there was no so much influence due to past wars.

For some regions, an important aspect could become an intensive change in the landscape or its historical diversity. This is particularly true for places with high cluster (amount) of impassable territories and poor technological development. In such places, small groups of people have been separated from each other for a long time and over the centuries they did not know about the existence of neighbors due to not being able to overcome such barriers as mountains or extended rivers.

It is interesting that speakers of the same language can be dispersed all over the planet, such as Chinese or English speaking people. In the other case it’s able to see how the whole population is literally adjoin to the other one. You can stay in a small village in African country or in the territory of a tribe of one of the many Indonesian islands and this invisible line can be the boundary between two completely different nations, with their individual customs, beliefs, faith, and, finally, languages.

Some researchers have found a prove  to the fact that groups of people move through the territory in order to fill the free space and master the unoccupied fruitful land. It’s pretty logically, but again due to a significant variations of a landscape and precipitation it’s not always true to different populations, especially when it’s relatively difficult to identify what caused one group of people to move forward and overcome an impassable territory in one region and in the other one with a similar landscape didn’t.

It turns out that we don’t really know much about our own language history and cannot determine some fundamental reasons of its formation into present condition. Hopefully there will be more discovery on this subject and we will be able to find out the actual reasons of generation of so many languages around the world.