"Government Agencies – Find the Best Language Service Provider" posted on 2/9/2021 at 8:39 AM by publisher. 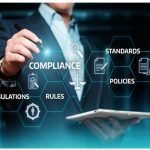 Language Service providers are in high demand due to the fact that central and local government departments are often in need of reliable and efficient interpreters. To provide their users with the best possible service in multiple languages, these governmental bodies resort to diverse professional translation services. It is understandable as today’s world is a unit of multiculturalism in a single place. Therefore, various languages can be spoken in a district or a local community more than ever.

Unlike some earlier times, today is almost a common thing for a person to leave the home country and move to another, starting from scratch. Furthermore, internet availability and affordable air travel have widely contributed to the increased number of interconnections between the countries and cultures globally. This phenomenon has made the globe look like a place where everybody knows each other and they can easily get in touch both online and spatially.

Relying on the International Migration Report done by the United Nations, the number of international migrants has been steadily increasing for years all over the world. Comparing 2000 and 2010, the figure has jumped from 173 million to 220 million. The year in which the report ends, 2017, was marked by even 258 million international migrants worldwide.

Obviously, the first step during which the linguistic support is necessary for the people moving into the chosen country. Although migrants are those who need support the most when liaising with government departments, it is not only them who influence the rise to government agencies’ need for Linguist Service Providers. In fact, many countries have more than one official language or, less likely, they do not have official language at all.

Such an example is The US itself. As much as it would be completely logical for the English language, which is spoken by 80% of the population as their main language, to be the official language of the country, it is not the case. The next percentage rate is followed by 12.4% of those who speak Spanish, while 3.7% speak other Indo-European languages. Another 3% speak Asian and Pacific languages. Less than 1% belongs to a dozen indigenous languages, regional dialects and multiple immigrant languages as well.

To meet all these diverse speakers’ needs and serve them accordingly, government agencies must inevitably cooperate with numerous LSPs and have them on hand.

Examples of LSPs Working with Governments

Due to the fact that government departments have a huge demand in the service of LSPs, these linguists are crucial elements in adequate service providing.

For instance, the largest contractor of LSPs in the United States of America is the Department of Defense. In only 2017, the Department procured a $10 worth contract regarding translation and interpretation services. It is reported that nine companies had been appointed to be in charge of the contract in the span of a decade.

The use of translation services in military departments is multiple. Not only are translators permanently or occasionally hired in foreign bases and battlefield environments, but for for off-field work such as the translation of foreign documents and intelligence information as well.

Furthermore, another department which also has a strong need for language expertise is the Department of Health, with its subdivisions. The requirements based around the linguistic diversity of each particular region also may have a huge impact on the final financial report. For example, Parkland Health and Hospital System in Dallas, Texas, will spend more than $1 million in order to double the number of Spanish interpreters. Due to the closeness of the Mexican border, the concentration of the Spanish speaking inhabitants is massive in this area and, thus, requires more interpreters than the current number of them is now available.

Besides the regular health departments within a country, which is mostly available to domestic citizens, there is a branch of tourism that is becoming popular more and more. Due to the high demand in special or cheaper medical procedure, the medical tourism industry has also given rise to a need for translators. Popular medical tourism destinations like India, Brazil, Korea, Malaysia, Thailand, Turkey, Mexico, Costa Rica, Taiwan, Singapore or South Korea, enable citizens of other countries to look for a desired treatment. Despite that many procedures are undertaken privately, the need to liaise with the patient’s health departments at home must also involve translation services to access relevant data about the patient. 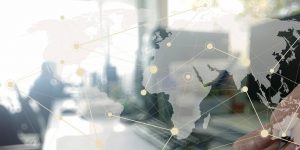 The fact that Language Service Providers are valuable problem solvers is proven by trade and commerce departments which implement their knowledge into their operations. Moreover, LSPs are central to ensure it flows neatly and smoothly. Demand may vary from international trade-related documents to field work requiring translators and interpreters.

For instance, China’s One Belt One Road initiative, as a massive global commercial initiative, is currently providing immense opportunities for LSPs. According to The Guardian, given that LSPs are playing a key role, it involves 71 countries and could be worth $1 trillion in total.

Language service Providers and their translation work are also essential in the work of Foreign affairs departments. The requirements for Diplomatic cables, cultural missions and a variety of cross-border consultancy initiatives must include top-quality language skills. Therefore, LSPs are supporting departments such as the US State Department, the UK’s Foreign Office and the Philippines’ Department of Foreign Affairs, but this is not where the list ends. 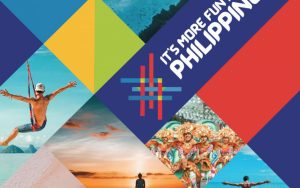 However, domestic departments require no less LSPs than national or international. In fact, there is plenty of call for translation and interpretation support in a great span from social welfare and housing teams to legal departments and agencies. It is often important to these agencies and departments the ability to buy in less frequently used language expertise at short notice. Dealing with a wide range of issues, from illegal immigration to crimes committed by multinationals and global trafficking cases, it is highly understandable that LSPs are bolts which keep the machine working. Not only that, but the cases of abuse and neglect involving immigrants, multinationals and those who speak minority languages, require the swift involvement of top-notch translators.

To enlighten the LSPs’ involvement a bit, it should be said that these linguists give a huge contribution to tourism departments. Their essential role can be reflected in the actions that governments around the world are taking in order to court tourists and ensure that their particular destination benefits from the global profit that tourists bring.

What Are the Advantages of Using LSPs?

Working with a language service provider enables agencies, departments or any other governmental bodies to access to a vast range of languages, usually, in a short span of time. Since the need for different linguistic support varies over time, having a resource that can provide all of the languages that are required now, or that could potentially be needed in the future, is both cost and time saving.

Far better than having an in-house translation team, using the services of  a translation agency in this way is especially efficient in the moments when some languages are just being used intermittently. Hiring an LSP when necessary, the costs of full time engagement are successfully avoided.

Another benefit from hiring LSPs on demand is that they are able to deal with huge volumes of work to strict deadlines, unlike professional agencies which are used to juggling the demands of large projects. Such projects also include delivering high quality translations in line with government departments’ requirements.

How Government Agencies Can Choose the Right Language Service Provider

While the right chosen company can help the department to run smoothly and ensure that the contractor can control the costs, in case the wrong company gets the job, the deadlines could be missed, service users could be dissatisfied and there could even be some legal proceedings. Therefore, the crucial point is to invest certain time into finding the perfect service. At Translation Services USA LLC, we’ve handled technical, legal, complex requests from Government Agencies easily.

The LSP’s language offering is to be examined, to start with. This sort of quest should not be based solely on the translators and interpreters of the languages needed at the moment. Future needs should be regarded as well. In certain cases, the LSP will commit to providing language professionals at short notice for a wide range of languages.

The following step is to inspect what the LSP is offering in terms of quality. One should be aware that a poor translation can bring lots of problems, turning into a real nightmare. Therefore, the LSP must have the ability to assure the quality of their work and to unequivocally make it known to the contractor whether quality assurance processes still apply when there is a rush job on.

Their security arrangements should be checked as well. What is important to know is whether they have any industry accreditation for the security of their IT systems and they have ever been hacked. After all, one always wants to ensure that his data is safe, so the right LSP should be able to commit to keeping all of the data it encounters secure and strictly confidential.

Finally, the LSP’s tech credentials is also a significant factor. Since  translation technology is evolving fast, the LSP should be using that to its advantage if they want to avoid being overtaken by their competitors. It means they must use technology to translate faster and more accurately than any other LSP. Moreover, they must have plans for keeping up with technology as it changes. In fact, a promising LSP needs to be harnessing technology in order to be able to handle an extremely high volume of translation requests on an ongoing basis.

To find the right LSP to meet one’s criteria is not an easy task. However, it is a task worthy of the time and effort invested.