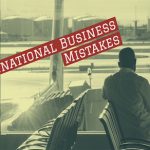 With the desire of crossing the boundaries of the country or the region where a brand has been created and successfully launched, certain elements must be subjected to the course of adaptation and even a totally new approach to get the opportunity to expand the brand abroad. In order to attract new audience and persuade them stay faithful to your brand once they give it a try, the marketing translation of all of the content must be done and it must be high quality work. So, how do you achieve that? First of all, the language the audience is being addressed to must be their native one. You want them to feel at home, where they actually are, and privileged. But, the catch is translation is necessary, but still－not enough.

Even though, the difference between translation and localization can be subtle, or almost imperceptible at first, however, it is of a huge importance. The role of translation is to convey messages into a different language, and is not to be underestimated. Contrary to a simple task that translation has in comparison to localization, the latter one takes a more global and comprehensive approach to guarantee a proper communication. And, not only that, but it requires an adaptation of the business to the new customers’ needs and wants, in a suitable way that can be easily recognized and accepted by them.

How and why both translation and localization are important to the marketing campaigns, especially if they turn into a failure, it is going to be shown and discussed in the following sections.

Translation and Localization: what was it?

Translation means converting content from the source language into the target language, complying to the rules of grammar and syntax. Far from being a word to word translation, it is rather a complex process that takes into account each language’s standards and forms.

In contrast to translation, localization represents is an adaptation of a wanted message to local audiences. It is widely used for websites, mobile apps, software, video games, multimedia content and voiceovers, and brand industry in general.

Simply speaking, the process of localization implies content transformation depending on the region or the country. Even though such countries may have the same official language, the labels of their culture and a way of living is distinct, and that is the path to follow to the highway of success.

Obviously, in the process of a fruitful marketing strategy, translation is just a small step in the localization process, so regular translation probably is not enough for your business to be lucrative in local markets. By localizing your content, you will overcome linguistic and cultural barriers and gain the trust of local public. 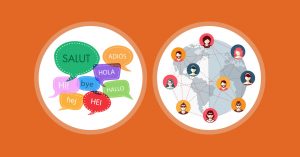 Localization and Translation Are Different

In order to fit in with local beliefs and traditions, you need to customize your brand and localize. To make people become your customers, they need to be able identify themselves with your message before they dare to buy the product.

So, let’s draw a line between translation and localization. These two are an intertwined pieces of the same puzzle－brand’s reaching out to the foreign market. The process of translation comes first and it is an interlude to the localization process. If all goes well with these, that is the half way done and  increasing sales and growing business on the target market can be expected.

But, what if translation mistakes hit the road? Will there be enough room for localization to correct them and save the brand’s good name?

When translation is done properly, no one makes a fuss. When it is not, the trouble is on the way. Let’s look at the 5 well-known companies that have made international marketing translation mistakes and suffered loses.

In the early 1970s, American Motors made a mistake when naming its midsize car, the Matador. As much as the intention was to bring images of courage and associate it with strength, it turned out to be a little too aggressive for Puerto Rican consumers. In Spanish, “matador” translates to “killer” which instilled a notion of drivers getting killed when driving this machine. 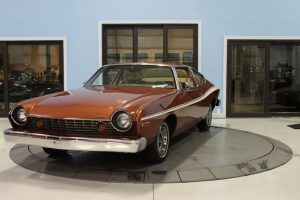 The trouble of Braniff Airlines in 1987 occurred when the company used the same promotion slogan they used in the United States.There the slogan said: “Fly in leather.” Turned into Spanish, “Vuela en cuero,” which was appropriate in the majority of Latin American countries. However, it had different connotations in Mexico, meaning “fly naked.”

A similar thing happened to an American beer maker named “Coors”. This beer company had a successful slang slogan “Turn it loose” in America, but it did not go quite well in Spain. When translated into Spanish, the campaign’s idea was commonly interpreted as “suffer from diarrhea.”

A hilarious mistranslations also happen when products of origin other than English speaking countries try to get into the American market. This is how a Swedish vacuum maker “Electrolux” embarrassed itself. Trying to praise its vacuum’s performances, the brand ended up with the slogan of “Nothing sucks like an Electrolux.” You will probably agree that it does not sound very appealing, does it?

One of the world’s most famous restaurant, KFC, had a bad marketing start  when it opened in China in the late 1980s. The restaurant accidentally translated its famous slogan “Finger-lickin’ good” to “Eat your fingers off.” Luckily, the error did not affect KFC too badly.

Lost and found in Localization

With the process of localization, mistakes may occur less, but when they do, they are equally devastating. For example, when you do not examine the cultural preferences of the region you are entering with your brand, you may insult the whole nation and almost close the door to making profits there. In addition, what the German car giant BMW did was to commit a terrible mistake of improperly using the UAE national anthem in a car commercial. The commercial showed the Al Ain Football Club singing the anthem. Within a few moments, the players started running toward several BMW cars when they heard the sound of the engine. Although there was no intention to offend the country, Emiratis found it tremendously offensive and disrespectful.

In another case, taking place in Japan, not making prior inquires about Japanese folklore, cost a lot of money Procter & Gamble selling its Pampers diapers. While the packaging featuring an image of a stork delivering a baby was successful in the USA and many other countries, there is no such or similar story in Japan, so the customers could not relate in a loving way to the product. On the contrary, it made Japanese parents a little worried. Now if the localization was done properly, the expert team would discover that the counterpart story in Japan is about giant floating peaches bringing babies to awaiting parents. 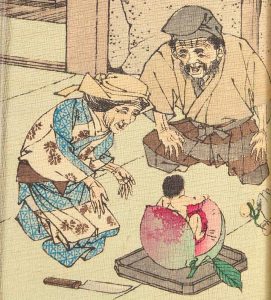 However, a brilliant example of localization was conducted in China, when Coca Cola adjusted its name pronunciation to make it easier and more appealing to Chinese customers, and became ‘kekou kele’, which translates to delicious happiness. Respecting the culture completely different from the Western world and knowing how much Chinese tradition is connected to luck, happiness and well-being, this was the right match.

Kit Kat, for example, went beyond the mere translation of their slogan into Japanese. When stepping onto that market, the company transformed is well-known slogan ‘Have a break, have a Kit Kat’ into ‘Kitto Katsu’, which means ‘surely win’. What else they did, which was a huge success, was to launched a series of exotic chocolate bars complying with the local taste. Since, it sounds similar to the Japanese phrase “Kitto Katsu”, Japanese people may say that Kit Kat brings good luck. In a way, this chocolate bar became a good luck charm and a good way to impress. 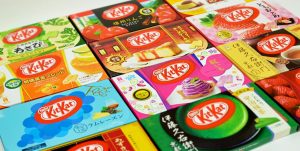 When it comes to teeth whitening paste “Pepsodent”, it could not connect with Southeast Asian markets. Contrary to what the paste can provide, in these places people prefer to darken their teeth with Betel Nuts. Betel Nuts are believed to strengthen the teeth and reduce bacteria. In fact, blackening the teeth has historically been associated with rituals and customs. It invokes nobility, coming of age, and virtue.

Colgate has applied a targeted approach to every locale by sending their researchers to spend two days with the local people in their villages. They were observing and discussing their oral care habits and other everyday routines. What they learnt within those two days was that mothers hoped for a better life for their children through education. Therefore, Colgate decided to start a special promotion that helped build awareness for good oral care habits and offered scholarships to children. 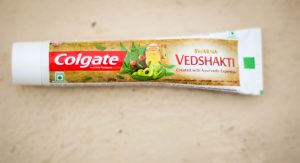